Cloud storage brand Dropbox has announced new features for individual users, bringing consultants and freelancers up to speed with the company’s business subscribers.

The new features centre around new controls on sharing content securely, peace of mind regarding file confidentiality and storage space. Dropbox recently released the new features first to its Dropbox for Business platform.

All Dropbox Pro users will now receive 1TB of storage space at the unchanged price of $9.99 per month instead of choosing between 100GB, 200GB and 500GB plan options.

“We’re hearing from our users that the more they use Dropbox, the more they come to rely on Dropbox. And it’s also that we see the broader trend of content going digital,” ChenLi Wang of Dropbox’s product team told Marketing.

A new ‘remote wipe’ feature will allow users to unlink a misplaced device from their Dropbox account, removing confidential files.

“We hear from users the stories of misplacing a computer on a plane or losing it at a cafe,” Wang said.

“I don’t want somebody else to be looking at that computer if I lost it and get access to confidential client assets or bank statements or a poem I’m still working on. So with the new remote wipe functionality you can go to the Dropbox website and wipe the contents off any machine.”

Dropbox Pro users who rely on the platform for sharing and collaboration now have more controls over how their content is shared. The new features are:

Wang explained that this feature will be especially useful for consultants who want clients to follow along but not edit files at the same time.

“You can designate certain people as viewers who cannot edit the file while you’re making the changes.”

Additional peace of mind and privacy protection comes with this feature, Wang said.

“This means if you inadvertently send it to the wrong client, they won’t be able to open it.” 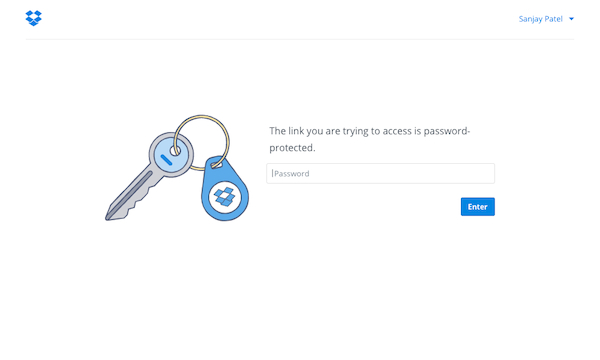 “This is quite popular with many professional photographers who rely on Dropbox,” Wang explained.

“With the expiration, they can put a limit on the shared gallery of photos and after that time restrict access because they want people to pay for it.”

Dropbox decided to release these features to Pro users after feedback that some of their new sharing controls for businesses would also be also be valuable to individuals, Wang said.

“Some of the features we’re introducing are things that have never really been available outside of what only large companies have been able to offer in the past.

“Others offer space but nobody offers the same breadth of features and functionality as Dropbox.”