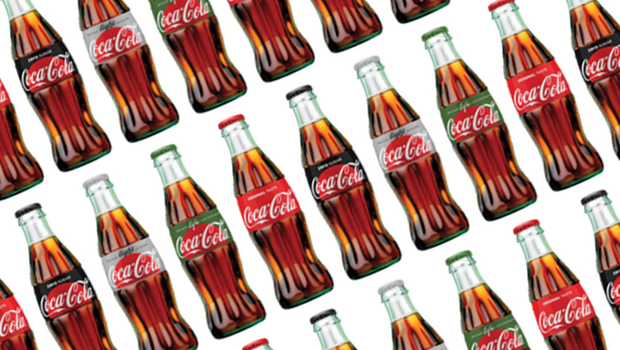 Coca-Cola Australia has announced the complete phasing out of its Coke Zero after a year of marketing Coke No Sugar.

The soft drink mega brand announced in June of last year that its decade old Coke Zero would begin phasing out, replaced by the new sugarless variant Coke No Sugar. Coke Zero will be officially off shelves by the end of September.

Coca-Cola Australia marketing director Lucie Austin says the market “overwhelmingly” preferred the new product. “We said that we would let people decide and we are pleased to say the results are in – Australians have decided that Coke No Sugar is it.”

Upon its release, Coca-Cola said the new drink had been in development at its US headquarters for more than five years. The decision to rebrand its sugarless variant came as some consumers were not understanding that Coke Zero did not contain any sugar.

“The new recipe for Coke No Sugar was intended to replace Coke Zero in Australia – and is known as Coke Zero Sugar in other markets,” says Austin. “Coke No Sugar marked the latest step in the evolution of our sugar-free Coke recipes that began with Diet Coke in 1982 and continued with Coke Zero in 2006.”

Last month, as part of an industry-wide pledge by the Australian Beverages Council (ABCL), Coca-Cola Australia announced its plan to reduce the sugar content in its non-alcoholic portfolio of sales by 20% by 2025.

“This builds on our strong track record of new recipes with reduced sugar content such as Coca-Cola No Sugar,” said president of Coca-Cola South Pacific, Vamsi Mohan.

Austin continues, “We can reveal that close to 3.5 million Australians have enjoyed a Coke No Sugar since launch and many of them are now regular drinkers.”

“We are also seeing that the rapid growth of Coke No Sugar is helping to expand the low and no sugar drinks category overall.”

Despite Coca-Cola’s reported “overwhelmingly” positive response to shifting to Coke No Sugar, it appears the brand has failed to pull all of its fans onboard.

And just heard theyre getting rid of coke zero altogether proceeding with coke no sugar. it actually tastes worse.

@CocaColaAU Fuck Coke No Sugar, it has no taste at all. Coke Zero should have been kept. You just lost a customer.  https://t.co/EGYD1tGw7q

BY ON 19 July 2018
Josh Loh is assistant editor at MarketingMag.com.au