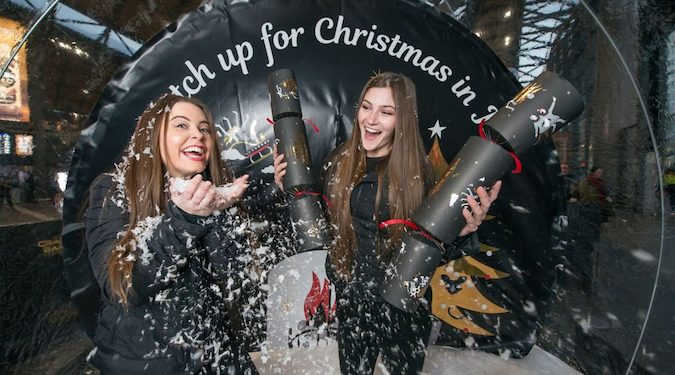 Warrnambool Cheese and Butter Factory is embracing Christmas in July with new installations in Melbourne and Sydney’s most popular train stations.

“As Australians, we miss out on a white Christmas, but it doesn’t mean we can’t bring a little bit of Christmas cheer forward to celebrate Christmas twice,” says Mike Murray, head of marketing at the Warrnambool Cheese and Butter Factory.

“We thought, what better way to do that than through creating a fun activation and novelty Christmas cracker to bring people together in the midst of the winter chill?”

The brand is also offering a $5000 travel package to its social fans.

Not usually one for Christmas in July, but I’ll make an exception when there’s cheese involved Head down to Southern Cross Station to collect your gift from @crackerbarrelaus & tag #CheeseInCrackers for your chance to win a $5K travel prize that’ll help you get together with your loved ones this Christmas. Not going to lie, it’d be pretty handy for us heading over to the UK to see my boyfriends family this year!

Visitors to Sydney’s Central Station have seen the activation fulfilled as an enormous novelty Christmas card. The Christmas ‘Cheese in Crackers’ installations will wrap-up for both stations on 21 July.

Last year Havas released the ‘Cracker Barrel Catch Up’ campaign for the same clients, calling on younger generations to put down their phones ‘catch up’ over cheese and crackers through Foodora.

Previous Article
Google fined $6.8 billion by EU Commission for “illegal practices” – appeal pending
Next Article
Reach, viewability and fans – why sport is the best game in town for marketers