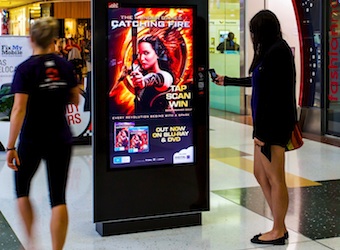 Campaigns that utilise digital OOH media and smartphones to create interactive experiences are on fire. The latest one to come across the Marketing news desk has a claim to being the most on-fire one so far.

The game and promotional mechanics of the campaign involve the shopper tapping or scanning their mobile device onto the retail advertising to be directed to a mobile site where they play the memory game by matching the mocking-jay pin motifs.

The fastest shopper to complete the memory game on each day of the two week retail campaign, will win a $200 Westfield voucher. On game completion the shopper is encouraged to share the game with their friends via Facebook, Twitter and Google Plus to win a $1000 Westfield voucher.

The campaign claims to be the largest interactive tap or scan campaign in Australia, whenever a shopper taps or scans their mobile device to access the Catching Fire memory game, all the digital panels running the campaign within that Westfield centre will appear to catch on fire.

“oOh! has established permanent NFC and QR connection to around 7000 sites in  Australia and New Zealand,” he says.

“Village Roadshow’s advertising uses digital panels and Tap or Scan technology to go a step beyond awareness, by engaging with shoppers, and then taking a further step by encouraging online sharing,” says Hamilford.

”oOh! developed the concept of the memory game and developed the back-end systems to take the campaign well beyond the consumers’ first contact with the digital panel.”

The campaign kicked off last week and will run for 14 days across 77 digital and static tap or scan-enabled panels in Westfield shopping centres across Australia’s Eastern Seaboard and 142 static panels nationally. 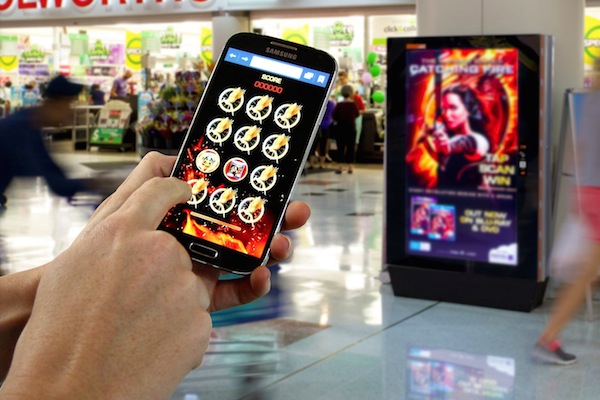 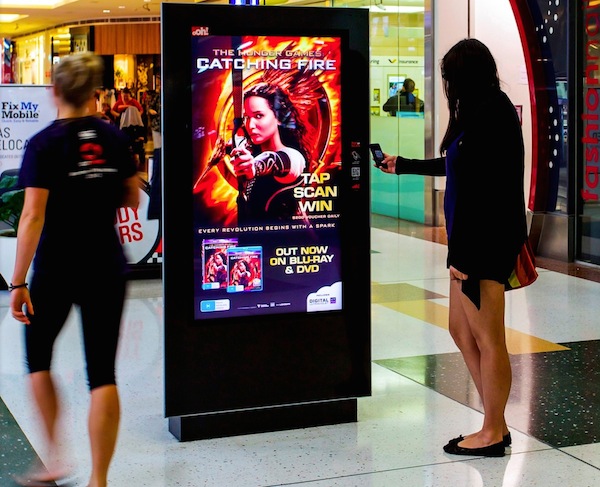