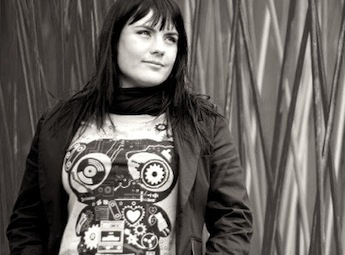 In the vein of Triple J’s Hottest 100 song countdown on Australia Day each year, I thought in the lead up to the country’s national public holiday this weekend I’d share those companies that are the hottest online success stories right now and why.

My list is based on a number of factors including:

With both Government and private funding drying up, organisations needing funding to continue existing, or for a one-off project, can now turn to ipledge.com. The site is exceptionally easy to use and is doing a lot of social good, which I think is awesome.

Kogan Technologies is an Australian manufacturer and retailer of consumer electronics devices. The company, founded in 2006 by Ruslan Kogan, sells products direct from Asia to customers in Australia and the United Kingdom. The company competes on price by selling a budget range direct to consumers, bypassing wholesalers, distributors, and retailers. This business model and some of the company’s advertising tactics have resulted in high-profile controversies.

Okay, so I’ll admit I haven’t actually used this site, as in bought shoes from it, but I’d love to – it’s a veritable fashion-conscious girl’s nirvana. If you haven’t heard of the site, essentially you can design your perfect shoes. Using their 3D designer, you choose the shape, colour and height of your shoes. They custom make them and ship worldwide within around four weeks. Worth noting that the founders are ex-Google employees and kind of have the hang of dominating on the search engines. But they’ve also been clever enough to actively pursue media coverage, and being such an innovative idea, the media love them right back.

Love or hate coupon sites, this Aussie ripper lifted revenue by 62% in 2012 to $230 million. Kudos to that. It’s a highly competitive market, but these guys come out on top of the coupon pile, and therefore make my top 10 list.

I’ve had the pleasure of hosting SourceBottle’s founder Rebecca at one of our Web Wednesday events in 2011 on the topic of online PR. Rebecca has somewhat revolutionised online PR, starting with Australia and branching out to the UK and US in a quest for world domination. It’s a beautifully-designed and easy-to-use site, that serves a great purpose: to connect media to interviewees, and businesses who have something to promote or a specialist knowledge to media. Simple, but effective.

I haven’t ever needed to use RSVP.com.au – I’ve been happily in a relationship since 1998, which was pre the whole internet dating thing. But I’ve sat looking over the shoulder of many a single girlfriend, and marvelled at the world of RSVP. RSVP.com.au is ranked the number one dating site in Australia by Hitwise. It was bought by Fairfax in 2005 for $38.9 million.

In a way, it’s not surprising that Australia has created an online success story selling surf gear, given that the surfing culture here is huge. Nearly three years after launch, Surfstitch is riding the wave to success, adding the 200th brand to its portfolio and is forecast to reach revenue of $30 million.

According to Experian Hitwise, Surfstitch is one of the country’s most highly trafficked ecommerce sites, clocking 30 million site visits and over 250 million page views since launch. The company has expanded beyond its Northern Beaches birthplace, employing over 100 staff on the Gold Coast and processing up to 4500 orders a day.

Flippa is a marketplace for buying and selling websites and it’s not only Australian, but it’s the best in the world at what it does. Over 200,000 users have registered to buy or sell websites on Flippa. Notably Flippa is also part of the large and nurturing SitePoint family of web start-ups that includes 99designs, Learnable, and SitePoint Market.

I’ve been using online freelance sites since 1998 in England and am so in awe of Freelancer.com, and how they’ve managed to come along, overtake some seriously solid competition, and now dominate globally. Their revenue is astounding, their continued growth and future plans ambitious but solid. Watch this space. We intend to.

I doubt there are many people in Australia who haven’t booked something on Wotif.com before. It’s the first port of call for accommodation for most, as well as a range of other travel needs. There’s no denying their seriously impressive revenue and large staff size that has had a real global impact. All in all, a very worthy winner of this inaugural Hottest 10 Aussie Online Success Stories.

I’d love to know if you’ve heard of those on this list or not, if you use them, or if there are any others you deem to be real online success stories that should have made the list.

What do you think are the most successful online businesses in Australia?

Leave your thoughts in the comments section below, or tweet us @YRAdams and @Marketingmag.

Yvette Adams is a serial entrepreneur and multi-award winning businesswoman based on the Sunshine Coast, Queensland. She is the founder and owner of The Creative Collective, a creative agency offering a range of creative services and training, and awardshub.com, an online portal helping connect business owners to business awards they could enter.

Previous Article
News Ltd moves to autoplay to boost video inventory
Next Article
No longer a brand apart: getting to the core of Apple’s share price slump