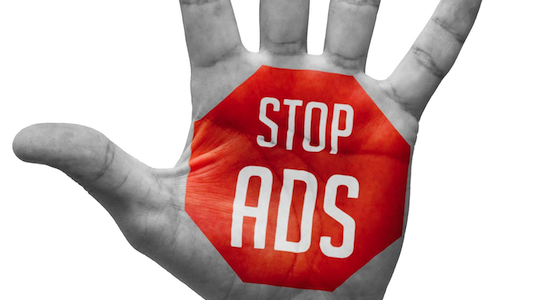 It’s not surprising that ad blockers are gaining popularity among Australians, writes Angela Morris, as most people simply don’t want to engage with online marketing campaigns.

One day after iOS 9 launched, ad blockers topped the app store and none of us should be surprised. Because slowly and surely ad tech is killing the online user experience and people are sick of it. Beyond the issue of content and payment models, the uptake of ad blockers is a tangible manifestation of a much larger silent protest that has grown quietly, but steadily thanks to the erroneous assumption of interest in brand marketing in the online world. Quite simply, people are far less interested in participating with brands than brands are interested in participating with people.

Ad blocking is the ultimate opt out, but people have been opting out in droves well before ad blockers were available. They are opting out by not granting their attention, by refusing to click on online ads, and by simply not liking, sharing, following or commenting on brands social activity online. It’s a quiet protest, but it’s what sits behind the growing frustration from brand marketers encapsulated in the cry, ‘why isn’t my online marketing working better’?

Technology has of course created more ways than ever to reach, target and interact with people. The promise of a lean-forward audience who welcomes a two-way dialogue with brands and is willing to spread the word to their social networks is a seductive nirvana. However, just because technology can, does it mean people will? Unfortunately no.

The uncomfortable truth (evidenced by a pan Asia Research study into online engagement that we have recently completed) is that people are far less interested in participating with brands than brands are interested in participating with people. Technology has empowered people to be able to find out anything they want about brands, when they want to and on their terms. As a result, the majority of Australians simply don’t want to engage with online marketing campaigns. Unsurprisingly, therefore they don’t share the industry’s love of retargeting. In fact rather than thanking us for delivering more relevant ad content, over two thirds of Australians hold back from clicking on ads because they don’t want to receive more advertising from that brand. They hate the idea of being tracked, and actively avoid it with almost half turning off cookies or using anti tracking software to ensure they are not tracked.

It seems then, that our attempts to drive brand love may actually be counter-productive, with over half of Australians stating that bad online marketing puts them off buying that brand. Their definition of ‘bad’ is anything that wastes their time, rather than rewarding them for their time, and social campaigns that ask too much of them and expect them to do the job of the brand. As one exasperated Twitter user, frustrated by being asked to promote brands on her social media ‘for free’ put it ‘I am not some public service’.

The ad blocker debate is a timely reminder that the internet is a two way street. That forcing brands into people’s consciousness, or expecting them to do the heavy lifting for brands can hardly be said to be the start of a healthy relationship. Today, more than ever, brands cannot assume or demand interest, they have to earn it, with content that is interesting, entertaining and critically, rewarding. And that if they don’t, their target is likely to figure out a way to pay them back. As Techcrunch observed recently, with many more blockers poised for launch, for most people soon it won’t be whether to download an ad blocker, but which one?