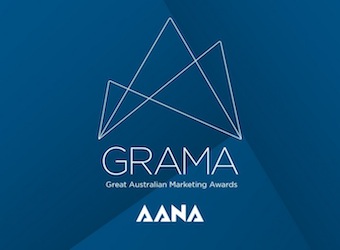 The AANA has announced the launch of the Great Australian Marketing Awards (the GRAMAs) which celebrates Australian marketing’s global successes in three key areas:

“The Awards spotlight Australian marketing achievements on a global stage – so what better place to launch than at the AANA and WFA Global Marketer Week,” AANA’s CEO Sunita Gloster said in a statement.

The Award ceremony will be one of the highlights of the cocktail party to officially open Global Marketer Week at the Museum of Contemporary Art on 25 March 2014.

This year AANA launched a new strategic plan of which the elevation of the profession of marketing is a stated cornerstone. The AANA GRAMAs are a key component of bringing this plan to life and shining the spotlight on Australia’s marketing profession.

The Awards are sponsored by strategic research company The Leading Edge – a global business with Australian origins – which helped the AANA develop the Awards.

“The Leading Edge is delighted to be the strategic research partner of the GRAMAs. In helping the AANA to design these Awards and overseeing the judging process we will be looking for evidence of world class smart thinking and tangible success,” said Nigel Marsh, CEO of The Leading Edge.

“There should be no shortage of worthy Award nominations – from the more famous examples of recent times like ‘Share a Coke’ to our 90-year-old legend Vegemite, and all those expats who have helped shape marketing in the US, Europe and Asia.”

The AANA has also announced that David Droga, founder and creative chairman of Droga5, will be the guest speaker at the AANA opening cocktail party for Global Marketer Week. Born and raised in Thredbo, David Droga has become one of advertising’s most influential individuals. He holds the record for the most Lions won at Cannes.

“It is often said, justifiably, that Australia punches above its weight in the global marketing arena. These Awards will put the spotlight on great Australian people, products and campaigns that are doing just that. We’ll celebrate the ideas, strategic leadership and marketing prowess that Australians have brought to the world.

“Given this context, we are delighted that David Droga will join us on the night to celebrate our great marketing achievements,” said Gloster.

The Awards are open for entries now, and entry forms can be found at aana.com.au/grama2014.

Entries will be open through till February, with judging taking place in March 2014. The jury panel will be comprised of the AANA Board, The World Federation of Advertisers and chaired by The Leading Edge.