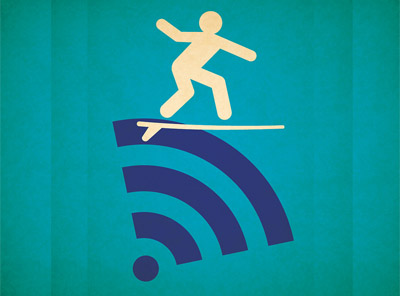 MYOB’s Business Monitor found in August 2012 that more than 60% of Australian businesses lack a web presence, and Google Australia’s head of retail, Ross McDonald says if businesses aren’t online, they’re virtually invisible: “Today’s ABS figures show that to be more true than ever. Our use of the Internet is only growing, so without a website your business can’t be found on the world’s busiest shopping strip: the internet.”

There were 6.0 million mobile wireless broadband connections in Australia at the end of December last year, an increase of 2% since the end of June. Making it the most prevalent internet technology in Australia, accounting for 49% of all connections.