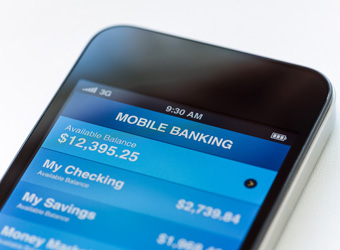 “Nine of the 13 banks reviewed rated average or below average, while 73% of consumers suggested improvements, detailed bugs or technical issues or expressed negative sentiment towards the bank reviewed.”

“The findings also show that 29% of users reported bugs or technical issues, with the most common relating to problems with logging in, concerns over security information and apps crashing unexpectedly,” Slessor says.

Mobile banking is proving to be more popular than online banking, with more than six million using a mobile service, according to the Market Intelligence Strategy Centre.

Slessor says the problem falls with banks repurposing existing web content for their mobile apps and they should instead be focusing on creating content that is specific to smartphones or tablets.

“Few, if any, mobile app development teams think about the mobile experience first and remove any learned behaviour that may limit their thinking and, therefore, functionality and design of the app,” she says.

“This presents a real opportunity for any of the leading banks to develop a differentiator in the market. If not, there is a huge opportunity for market disrupters to take advantage of an increasingly mobile-dependent society.”