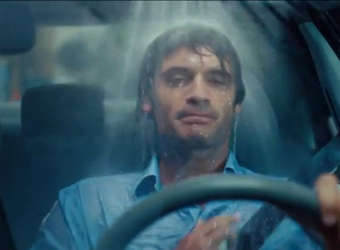 Old Spice has left behind the ‘Man Your Man Could Smell Like’ in favour of a move towards 80s kitsch in the launch campaign for its new bar soap. Going down a more retro path, the ad fully embraces that old advertising favourite, the jingle, albeit with slightly more self-aware lyrics.

Two spots have been released so far, with another one said to be debuted later this month. The first of the two commercials sees a man being so fresh, he is literally followed around by a running shower.

The second commercial has us a little stumped at Marketing mag, in which a man is shown disguising a watermelon as a basketball with a hidden bar of Old Spice soap inside, while the jingle’s lyrics try to explain just what the heck is happening.

The ads were shot in Sydney and directed by Australian Steve Rogers for US advertising agency Wieden+Kennedy.

An online campaign and cinema ads will run in conjunction with the TV spots.
The success of Old Spice’s, ‘Man Your Man Could Smell Like’ campaign saw global sales for the product increase by 27%.