ACCC stings Compare the Market with $10,200 fine for misleading advertising

ACCC stings Compare the Market with $10,200 fine for misleading advertising 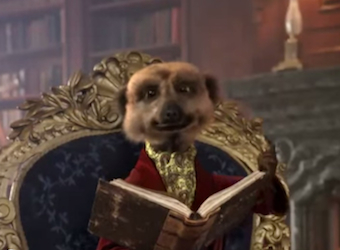 Compare the Market has paid a $10,200 fine to the ACCC for misleading advertising that claimed it compared “more health funds than anywhere else”.

The company dropped pamphlets in letterboxes in Queensland, New South Wales and Victoria between 17 March and 19 May 2014 that made the following claims:

Compare the Market also made the same or similar statements on other marketing materials including online via its website and banner advertising, on television in infomercials, and in physical form in flyers and a digital display in its office foyer.

The first of these is the Private Health Insurance Ombudsman site. The ACCC didn’t name the second site.

More than 30 insurers in Australia offer more than 25,000 health insurance products but commercial comparison websites tend to only cover a selection of these policies, the ACCC explained in a statement.

ACCC commissioner Sarah Court said emerging consumer issues in the online marketplace was a current priority for the authority.

Compare the Market spokesperson Abigail Koch confirmed that the company had paid the fixed penalty of $10,200 and has since withdrawn the misleading marketing materials.

“Compare the Market immediately withdrew the relevant marketing material from circulation, upon receipt of the ACCC’s concerns.

“Compare the Market respects the important role of the ACCC, and remains committed to providing Australians with a clear and simple way of comparing everyday products and services.”

In November 2007, health insurance competitor iSelect faced similar criticisms, with the ACCC accepting court-enforceable undertakings from the company following misrepresentative claims based on the number of health insurance providers it compared.

iSelect undertook that it would:

ACCC chairman Graeme Samuel commented in 2007 on the “growing trend” of companies acting as intermediaries between customers and service providers.

“The ACCC considers that such recommendations by brokers or intermediaries can be of benefit to the public in their purchasing decisions. However, it is fundamental that such companies do not mislead consumers regarding the scope of the comparisons which they make when recommending a service provider.”

Compare the Market has announced that ‘the world’s ‘second-most-famous meerkat’ (after The Lion King‘s Timon), Aleksandr Orlov is starring in a new commercial, shot in the style of a feature film, on televisions and in cinemas nationwide.

The new TVC, titled ‘The Journey of Courageousness’, answers the question of how Aleksandr and Sergei – meerkats who are traditionally found in Africa – came to live in Russia.

Compare the Market also announced this month that Aleksandr’s Australian Facebook fan page has grown to more than 100,000 likes in 18 months.

Peter Grenfell, managing director of advertising agency VCCP, which manages the page, said: “At a time when securing a Facebook like is becoming more difficult and expensive for brands, we believe the work stands out as a benchmark for content and fan engagement.”