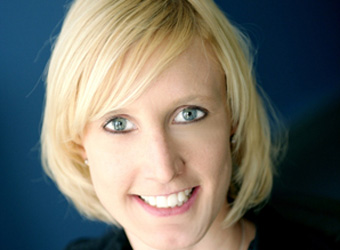 Proposed new privacy laws are out of touch with business and pose “an impediment to the digital economy”, according to the head of the Australian Direct Marketing Association (ADMA).

Reviews for the Privacy Amendment (Enhancing Privacy Protection) Bill 2012, which went before Parliament yesterday, began six years ago, before Facebook and Twitter took off.  They fail to deliver a technology neutral, principles based regime that will result in a well-balanced, responsible and forward-thinking approach to data protection, ADMA says.

The new Bill includes a prohibition on direct and digital marketing that will restrict the way businesses can communicate with their customers through both traditional marketing channels as well as digital channels such as online and social media.

“We have significant concerns about the proposed legislation and its impact on Australian businesses,” says Jodie Sangster, CEO of ADMA. “The legislation has been designed for the last decade and includes restrictions that will hinder the ability for Australia to build a digital economy and compete in the global market place.

“Technology is moving at such a rapid rate that we need to ensure we have legislation that will see us into the future,” Sangster adds. “We need legislation that recognises the fresh and innovative ways that the digital economy can both protect the consumer and allow businesses to innovate, understand their customers and deliver on their expectations and needs. This Bill doesn’t deliver either.”

The proposed changes require opt-outs for all marketing and advertising messages, a requirement difficult to apply to new and emerging technologies and channels. “Imagine a world where Twitter messages include an opt‐out,” she says. “It would render the channel unusable and be a terrible customer experience.”

ADMA will lodge requested amendments to the Bill, asking that it be less technology specific and realise the full potential of how technology can deliver privacy protections around transparency and choice rather than reverting to the blunt privacy instruments that are contained in the legislation currently.

Another concern raised by ADMA is over the proposed fines for data breaches, which could attract a $1 billion penalty under the current drafting.