Aldi’s gains in market share put it in top 3, signal opportunity for other foreign grocery players

Aldi’s gains in market share put it in top 3, signal opportunity for other foreign grocery players 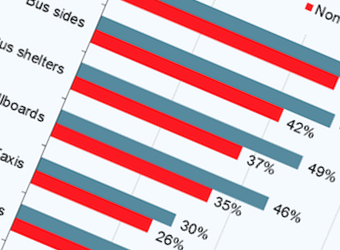 Roy Morgan Research has suggested the opportunity is ripe for foreign supermarkets to enter the Australian market after new data shows Swedish budget chain Aldi has experienced a four-fold gain in market share over the last eight years, breaking into the top three supermarkets nationally.

The firm’s research also says the difference in market share between giants Woolworths and Coles is narrowing, with 8.8 million customers shopping at Coles and 9.5 million at Woolworths.

At 39.0%, according to Roy Morgan Research, Woolworths still maintains the largest slice of the pie, while Coles continued to improve, achieving its highest market share proportion since March 2008 of 33.5%.

But the more notable story is that Aldi’s continued rise, quadrupling its customer base over the last eight years from under a million to 4.2 million people shopping there in an average four-week period, and has recently overtaken IGA to become third on the market share ladder.

As of December 2013, Roy Morgan’s Supermarket Currency report sees Aldi break into the top three of supermarkets on market share, accounting for 10.3% of all grocery dollars,  while IGA maintains 9.5%.

Proportion of all grocery dollars spent at each supermarket

Warren Reid, Roy Morgan’s group account manager – consumer products, says: “Despite the long-standing dominance of Coles and Woolworths, Aldi has shown that it’s not a two-horse race. More importantly, Aldi’s popularity also suggests that there are opportunities for other international supermarket giants to successfully enter the Australian grocery market.

“While Aldi’s increase in market share over the last eight years may seem like a slow burn, they’ve actually secured a sizeable chunk of the $82 billion grocery market. It’s not that Metcash/IGA are any less important to consider, but they haven’t made the same kind of gains over the last few years.

“Despite Woolworths posting above-average sales in their latest quarter, this hasn’t had any noticeable impact on their market share, as Coles continues to close the gap, and Aldi continues to grow.”