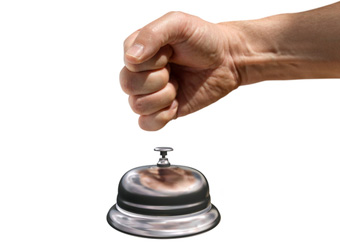 The customer is always right, unless they’re really angry in which case it’s more likely they’re actually lying if new research from the University of Sydney is to be believed.

The study, conducted by the university’s business school, found that people who lie during a service encounter have more extreme reactions to the outcome than their honest peers.

The explanation behind this phenomena is that the effort put into constructing the lie polarises the reaction to the lie’s response – if the story isn’t believed the teller is usually more surprised and has a stronger reaction, whereas if the story is believed the consumer usually feels more satisfied for having lied to get what they want than if they told the truth.

“Lying is hard work,” Dr Christina Anthony, the project’s lead researcher, elaborates. “When people lie, they’re so preoccupied with telling the lie and not revealing the truth that they aren’t able to monitor cues from the listener, which are important for updating expectations about the likely outcome of the conversation. This means that they are more surprised by the outcome and so have a stronger reaction to it.”

“So when you [consumers] lie to get a refund or to file an insurance claim and get away with it, you will have a much more polarised reaction than if you had told the truth. People who lie are more satisfied than truth tellers if they get a favourable outcome and more dissatisfied if they get an unfavourable outcome.”

With the average person telling one to two lies a day, which equates to about 42,000 lies before the age of 60, the findings raises some interesting questions for service interactions and knowing when to honour customer complaints.

The fact that customers who lie have more extreme reactions to service encounters has important consequences for businesses and marketers, says Dr Anthony.

“Because a successful lie may boost satisfaction with a transaction, it may be wise in some instances to turn a blind eye if the company doesn’t have too much to lose financially.

“If marketers are overly cautious of dishonest consumers, they also run the risk of wrongly accusing and alienating people who are telling the truth.”

The study was conducted using a series of lab experiments in which participants either told the truth or lied during a conversation with a service provider in order to get a material reward. This included lying to a salesperson about better competitor offers to secure a more favourable deal and lying to obtain a refund that fell outside the terms of the refund policy.