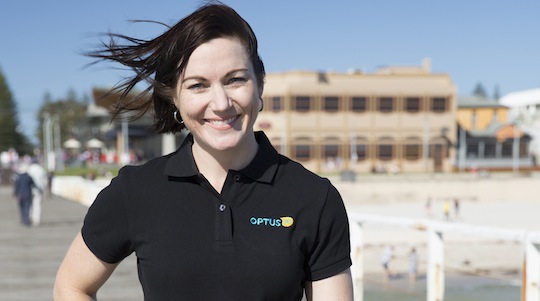 Optus announced a partnership with Anna Meares, Australian Olympic cycling gold medallist, ahead of her fourth Olympic campaign in Rio 2016.

The campaign will run across TV, print, digital and outdoor, and will also include a series of short documentary style videos that will see her recount her cycling career from the beginning.

“Anna is a remarkable athlete who has achieved unprecedented success on a global level. She demonstrates time and time again that relentless determination is the defining quality that sets her apart from the rest. Optus will stop at nothing to improve our network and content offering to bring our customers the best in sport and entertainment,” says Ben White, acting managing director of product and marketing, Optus.

“All athletes can identify with the idea of relentless improvement; it’s the fundamental concept that drives us to achieve our goals. Competing at the Olympics is a huge moment for any athlete, but it’s not just being at the Games – it’s all of the hard work and commitment that comes before that. A good support network is critical, and it’s great to kow Optus is supporting us now and in the years to come,” Anna Meares said.

This deal is one of the Olympic Committee’s biggest ever national sponsorship deals, and includes the summer teams for Rio 2016, Tokyo 2020, and the 2024 games, for which a venue is not confirmed.

The Australian Winter Olympic teams for PyeongChang 2018, Beijing 2022 and the 2026 games are also covered in the partnership.