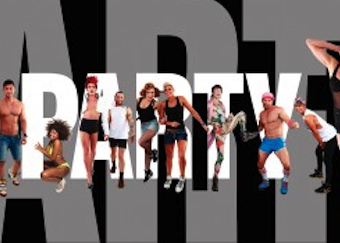 Commenting on the new three-year partnership, Michael Rolik, CEO of Sydney Gay and Lesbian Mardi Gras says, “We’ve enjoyed a strong relationship with ANZ since 2007 and we’re thrilled to welcome them as our inaugural Principal Partner.”

“Already one of Australia’s most iconic events, we look forward to working closely with the team at ANZ to further grow and develop Sydney Gay and Lesbian Mardi Gras as one of the world’s most recognised celebrations of diversity and inclusion,” he says.

The partnership will see ANZ further integrated into a wide range of iconic events and activities during the Mardi Gras season, including presenting partner of Fair Day, VIP Parade Viewing Area and the Mardi Gras Workshop. ANZ will also have a major float in the Parade featuring more than 100 ANZ staff from across Australia.

“Building a culture of respect and inclusion is important to our staff, our customers and the communities that we live and work.

“Mardi Gras has become one of ANZ’s most important diversity initiatives and we’re pleased to continue our support of the Sydney Gay and Lesbian Mardi Gras. Our participation as the inaugural presenting partner is a further example of our efforts to support and celebrate diversity,” says ANZ managing director retail distribution, Mark Hand.

Sydney Gay and Lesbian Mardi Gras is recognised world-wide as one of Australia’s most iconic events, attracting thousands participants and spectators generating $30m for the NSW economy each year.