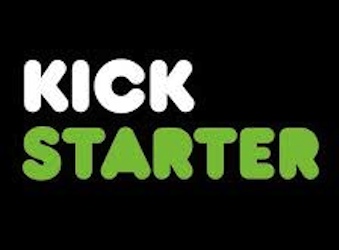 Since launching in the Australian and New Zealand market on the 12 November, Kickstarter has seen more than 1,700 projects sign up for financial backing. It is a revolution for entrepreneurs – giving them an opportunity for a world wide marketing campaign at the click of a button.

Kickstarter began in 2009 and since then, 5.2 million people have generated $890 million dollars to fund 52, 000 creative projects. Last year alone Kickstarter funding enabled a kindergarten class to launch experiments into space, backed the film Incident in New Baghdad, which was nominated for an Oscar, and subsidised the publishing for Fubar, a World War II Zombie anthology, which made it into the New York Times best seller list. 10% of the films at Sundance were Kickstarter funded.

From an investment point of view, Kickstarter projects offer varying benefits, depending on how much is pledged. Benefits can include receiving products once they have been manufactured, scoring tickets to concerts or shows, or simply the benefit of having a product or experience available on the market.

So far, in a little over two weeks of launching in Australia and New Zealand, Kickstarter has enabled the band Goldfields to generate enough funding to tour North America, and funded Ninja Sphere to begin production, a device which uses data from sensors and actuators to inform you if something is out of place, for example if you have left the heater on at home it can notify you on your smart phone (and turn it off for you!).

Whether Kickstarter is enabling a zombie apocalypse zine to be printed, or backing a new type of gaming console, there is no doubt that it is a revolutionary way for people from all over the world to support and rally behind innovative entrepreneurs and their extraordinary ideas.