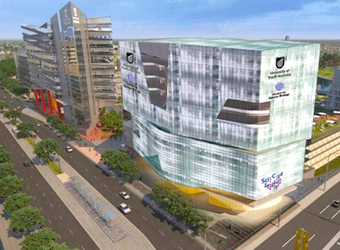 When the University of South Australia (UniSA) began developing a new strategic plan to reach its Horizon 2020 goals, it used an innovative method to break away from traditional planning processes.

In May this year, UniSA hosted a giant brainstorming collaboration – a jam – to discuss the new university strategy, and provided an opportunity for students, staff, alumni and friends to have their say about the big issues they wanted to be considered. Some of the findings were surprising to senior management. Many of them ended up in the university’s five-year strategic plan.

Partnering with IBM, the exercise was implemented through UniSA’s vice chancellor, Professor David Lloyd. He had previously collaborated with IBM on a research project, and saw how they were using the collaborative innovation internally.

“I kept that one in my back pocket, until I became a vice chancellor, and lo-and-behold the opportunity came up,” Lloyd tells Marketing.

While organisations such as Ebay, Nokia and the US Government have used jams developed by IBM previously, it is the first time a university has opened its doors to the unique system of collaboration and co-creation.

Graham Kittle, partner and leader of the strategy and transformation practice for Australia and New Zealand at IBM Global Business Services says the first jam at IBM was introduced when the then CEO of the company, Samuel Palmisano was looking to set a strategy and a set of principals for the IBM team.

For UniSA, hosting seven different forums with key questions that needed to be answered provided the guidelines. The thousands of voices involved in the conversations of the jam were distilled through the technology developed by IBM, helping to flag ideas that were popular. UniSA’s jam had 18,500 threads of conversation over the course of the 36 hours, which Lloyd says is about 20 years work in two days: “Very quickly, good ideas get ‘liked’ and they float to the top and there’s more discussion.”

This process helps to democratise the conversation, allowing more voices and diverse ideas to be heard. Kittle says this further builds a sense of engagement within the community involved, as the results of the jam are representative of the view and the voice of an entire team.

“We’ve used them in a number of ways and very very effective and great at driving engagement with the team and giving people a voice that wouldn’t normally have a voice.”

“It really flattens out and democratises an organisation in a way in that it’s giving people an equal voice into our future, the direction,” Kittle says.

This more holistic conversational style generated new ideas for UniSA, some of which were surprising to senior management.

“There was a big desire to have a cultural and sports complex in the city centre, that wouldn’t have been on massively on anyone’s radar… but it came very strongly from the student body. And so the delivery of that facility has become a major capital part of the plan,” Lloyd says.

“Charlie started talking about a can-do culture and positive culture in an organisation and how we can actually empower these goals as NASA would have. I don’t think a traditional strategic planning process would have brought that one out, and yet it was very, very quickly embraced and the requirement for cultural change, and the plan around cultural change to embrace service excellence, came up very strongly,” Lloyd says.

Kittle says the key to getting the most out of collaborative exercises like jams is to begin with a very clear view about what you are aiming to achieve, and what big questions you want to answer, and to communicate to parties involved why this is going to be a valuable tool.

“You can’t drive engagement for engagements sake, so the question that needs to be asked up front has to be something that’s a burning issues within the organisation, for example, what’s on my team’s minds? Because I need to better understand what people are thinking about, so that I can engage and embrace them,” Kittle says.

For UniSA, the six winning ideas that resulted from the jam will now begin to be implemented. Over all, it was decided from the jam that UniSA needed a shuttle bus pilot program, to create a university community gardens project, to become a smoke-free campus, to move to full video recording of lectures, and to develop merchandising.

UniSA’s five year action plan was released in August, detailing the 56 new things the institution is going to implement over the next five and a half years. Of those, 30 link directly back to the jam.