Apple’s move to free embarrasses Microsoft, but it’s the move to the cloud that matters

Apple’s move to free embarrasses Microsoft, but it’s the move to the cloud that matters 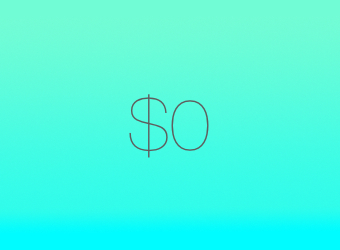 Apple’s overnight announcement that the next version of its OS X operating system will be free has left Microsoft in the awkward position of being the only company that charges for its desktop operating system, but, significantly, it represents another piece falling into place towards Apple’s long game: get everyone on iCloud.

The move to free follows the trend in recent years that has seen Apple take features of its mobile platform and apply them to the desktop, rather than viewing smartphones and tablets as pared-down devices. Since the launch of the iPhone in 2007, Apple has never charged for updates to it operating system.

The benefits of having the maximum proportion of users on a single version of software are clear, in Apple’s eyes. Craig Federighi, senior vice president of software engineering says, “We want every Mac user to experience the latest features, the most advanced technologies, and the strongest security. We believe the best way to do this is to begin a new era of personal computing software where OS upgrades are free.”

Reading between the lines, it also makes moving from Windows to Mac even more enticing to all those Windows users with iPhones. The hardware certainly isn’t cheap, but Apple’s word processing, presentation and spreadsheet programs (iWork) are now free on all devices, too.

Never one to annoy just a single competitor at once, those documents sync across desktop, smartphone and tablets, as well as providing web-based versions for in-browser work and collaboration. Microsoft is making similar moves to connect its Office suite of software to the cloud in all aspects except for the price (Office Professional is US$599).

Is Apple also making enterprise migration to the Mac platform more attractive? Certainly not shelling out for thousands of subscriptions to Microsoft Office sounds nice. However, while the mixture of native and web-based software contrasts to Google’s entirely web-based approach, the cloud transmitting of documents has not been embraced by many corporations (at least via over-the-counter solutions) due to security reasons.

Along with iWork documents, there’s a single common thread through which every piece of data and media for Messages, iBooks, iTunes Match, Maps, email, Reminders, photo syncing, GameCenter and other services passes: iCloud. Ian Betteridge spotted this in an article for TechRadar a year ago – its a long game that’s been playing out since before then, and one that Apple is only revealing gradually.

The company’s iAds platform hasn’t really made much of an impression in the couple of years it has been around, but with the significant and individual data housed in an iCloud account, escalating that into a large-scale battle with Google on the advertising front may just be in its long-term plans. To do that well, though, requires scale, and taking the cost away from using its operating system and productivity software helps there.

Much in the same way a person’s smartphone has become their digital passport, more sacred to the individual than their wallet (a paradigm that was kicked off by the iPhone), with iCloud, Apple wants to be central to the next level of digital identity.