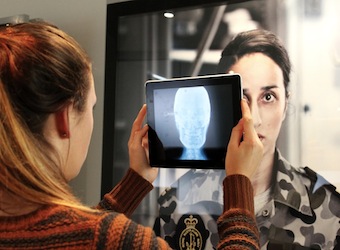 GPY&R Melbourne has won three Awards at the 2013 IAB Awards including the prestigious Best in Show award for its ‘Mobile Medic’ campaign developed for Defence Force Recruiting.

The ‘Mobile Medic’ campaign was also named the winner of the Mobile Platform or App category, while its ‘Cocktail Revolution HQ’ campaign developed for Schweppes Australia won the Brand Destination Site category. GPY&R Melbourne was one of seven agencies who scooped awards tonight at the IAB Awards ceremony held at the Star Event Centre.

Reactive was named the winner of the Creative Showcase Grand Prix award for its campaign ‘The Most Powerful Arm’ for Save our Sons and Duchenne Foundation. The campaign was developed in conjunction with Havas, Finch and Red.

GPY&R Melbourne Best in Show and Reactive’s Creative Showcase Grand Prix winning campaigns will now be entered into the US MIXX 2013 Awards with winners to be announced on 24 September in New York.

Samantha Yorke, acting CEO of IAB Australia, says “GPY&R Melbourne is to be applauded for its brave and polished mobile campaign execution. Its use of augmented reality for educational purposes was truly innovative but most importantly it delivered clear and tangible results for Defence Force Recruiting – and that is what interactive advertising is all about.”

By the way… the August-September issue of Marketing will feature full case studies of the campaigns for Defence Force Recruiting, Seek Volunteer, Parmalat/Oak and Casella Family Brewers. Subscribe now to make sure that issue comes straight to your door (there’s also a pretty darn good prize on offer from our publisher Niche) »

The full list of winners of 2013 IAB Awards by category are: