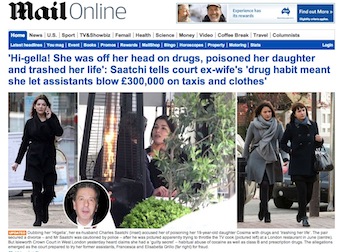 The announcement by the UK-based Daily Mail that it will launch an online-only Australian version from 2014 confirms we are now in a period of radical restructuring of the Australian news media.

And it will potentially have huge significance for established players in the print/online space – Fairfax and News Ltd especially.

Following the success of the Guardian’s entry into the Australian market earlier this year – the Guardian team won a Walkley in Brisbane on Thursday night, for multimedia storytelling – the UK Mail has decided to follow suit with a local edition of the Daily Mail Online.

The Mail will team up with Nine Entertainment’s digital division Mi9 to provide a localised version of the site, which is already hugely successful in the UK and the US, with 57 million monthly users.

Like the Guardian, and unlike the News Corp and Fairfax online titles, Daily Mail Australia will be free. It will employ up to fifty staff, and aspires to be Australia’s ‘top digital news brand’.

The response of News Corp and Fairfax to this bravado has been one of ‘nothing to see here, move on’, but the managers of those already struggling news organisations must be feeling considerable anxiety about the implications for their own digital strategies of yet another new entrant to the market.

And well they might. The Guardian has made a huge impact on Australian journalism since its launch, and we can expect the Mail Online to do likewise.

It’s targeting a different market from the Guardian, which will not therefore be its main competitor – it’s a mid-market tabloid, not an elite broadsheet – and it will have a different editorial slant.

So if the Guardian has challenged The Australian, The Age and the Sydney Morning Herald with its free online provision, the Mail will be up against the News Corp and Murdoch tabloids.

In doing so, it has the advantage of great celebrity, entertainment and lifestyle coverage, and a very elegant and easy to use website design, far superior in this writer’s opinion to anything currently on the market in Australia. The Mail Online won't make me cancel my subscription to The Australian app, but it might make me think twice if the choice was between the Courier Mail and the UK Mail, one free and the other not.

The Mail Online won’t make me cancel my subscription to The Australian app, but it might make me think twice if the choice was between the Courier Mail and the UK Mail, one free and the other not.

Editorial bias aside, the Daily Mail is a very readable publication, and one of the UK’s most successful titles. It has broken into the US market with its online edition, and already has one million monthly users in Australia before localisation takes effect.

What we see unfolding is the convergence of the global and the local made possible by digital technology, and it is a potent offering.

Back in the heyday of print, the Mail launched a local edition of its national UK title in Scotland, where I then lived and worked. It launched by giving away copies for several weeks, then selling at well below cost price. Today it sells around 120,000 copies in Scotland, more than any local title except the mass market tabloids.

‘Editionising’, as it was known by media managers, was also adopted as a strategy by the Sun, the Mirror and other London-based UK titles, who would employ a Scottish editor (or Northern Irish, or northern English) to run a section of the paper with distinctive local stories.

By combining credible local content – that is, enough locally sourced material, and of sufficient journalistic quality to be a real alternative to indigenous titles in the same market – with its well-established national news brand, the managers in London believed that they would be able to compete where before they had been minor players. And they were correct in that belief.

The Murdoch-owned Sun, notoriously right-wing and pro-Tory, launched a local edition in the-then staunchly pro-Labour Scotland in the early 1990s, when its sales were a joke compared to the Daily Record tabloid, which achieved more than 700,000 daily sales at its peak.

But by investing seriously in its journalism north of the border, the Sun’s managers doubled their circulation in seven years, and overtook the Daily Record a decade later. The latter’s circulation had been more than halved in the process, while the Sun’s went from a few tens of thousands to 400,000 – and that’s in a country with five million people.

Could such a phenomenon unfold in Australia, with the online Mail competing against the Herald Sun and the Telegraph? Could a foreign news brand, properly resourced to cover Australia as Australian readers would expect, relegate indigenous titles to second or third place in the ratings?

Yes, is the answer, if the quality is there, and if the indigenous titles fail to respond with original and innovative strategies of their own.

Facebook went from a college project to a $100 billion business in less than a decade. Twitter’s rise was equally rapid.

What’s to stop such a fundamental shift in the structure of the Australian news industry these next few years, as readers acquire the option of accessing free-of-charge high quality, globally recognised journalistic products such as the Mail (and the Guardian), but with the added factor of credible local coverage?

If they can succeed in the US market, they can certainly do so in Australia.