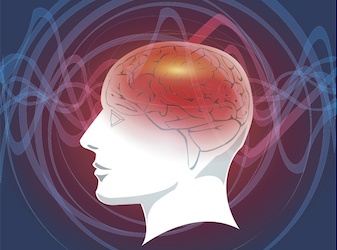 Global publisher Bauer Media has conducted a neuro-imaging study that it says proves the effectiveness of running cross-platform campaigns.

The research involved hooking up 180 people to headsets and measuring electrical activity in their brains, using a technique called ‘steady state topography’.

The participants viewed advertising campaigns running across the various platforms of British entertainment magazine, Heat (print, online, TV and radio) and then viewed the same campaign running across a mixed selection of competitor brands.

Bauer found that when participants viewed the campaign across Heat‘s platforms there was a far higher level of brain activity compared to when the campaign was viewed across mixed media brands.

Martin Diamond, research director at Bauer, says, “the research matched exactly the same ads in terms of where you saw them on the medium, whether that was in print or online. The key difference was the editorial environment.”

The research used a total of five real campaigns including two cosmetics brands, a fashion brand, a confectionary brand and a drinks brand.

Clare Chamberlain, the sales director of London lifestyle at Bauer, says, “For us the exciting thing is it demonstrates a real opportunity for multi-platform activity and a benefit for advertisers in advertising across all of Heat. We’ve always suspected that, but we’ve never had anything that proved it in the past.

“Heat is our first 360-degree brand. We hope to grow the number of advertisers using multi-platform. More than 80 per cent all of our campaigns run across print and digital, while far fewer use the radio and TV, which are new areas for us. ”

Heat‘s researchers claim in a statement that the level of brain response is important, especially ’emotional response’, which they found is positively correlated to memory and can, in turn, lead to a consumer making a purchase in response to the ad.

Heat will be presenting the research to media agencies in October.