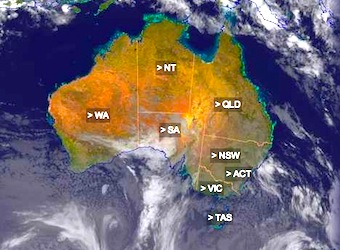 The Bureau of Meteorology will be the first Australian Government agency to carry advertising on its website, following a one year trial announced in the 2012 Federal Budget.

Digital Network Sales (DNS), a wholly-owned subsidiary of PermissionCorp, has been awarded a major contract to manage the online advertising for the Bureau of Meteorology, one of the most popular websites in Australia and the number one site for weather information, especially via mobile devices.

Bob Cheng, founder and managing director of PermissionCorp says of the decision: “We are honoured that the Bureau has awarded the tender to DNS to manage its online advertising. BOM is undoubtedly one of the most iconic, credible and widely-used sites in Australia. Our clients will now be able to reach a significant number of Australian consumers and businesses that use the site regularly,” he said in a statement.

The Bureau’s website is one of the most frequently visited sites in Australia, with 3.3 billion pageviews each year. At any one time there are around 25,000 unique users on the site, which spikes during severe weather.

Jeff Glazer, a director at PermissionCorp, says, “Since this is the very first Government Department to allow commercial online advertising, we believe advertisers will gain significant awareness. On average, BOM users spend around 16 minutes on site, offering advertisers a compelling opportunity to increase exposure.”

The integrity of the Bureau’s brand and reputation is paramount, says DNS. In preparation for this landmark decision to allow commercial advertising on this Australian Government website, an online advertising policy has been developed and reviewed by the Interactive Advertising Bureau of Australia to ensure that any advertising on the site meets high standards and user expectations.