Marketing speaks with Forrester CMO Victor Milligan about the chief growth officer, and how CMOs must fight complacency to drive growth, or risk being replaced.

Internal demands from the boardroom and external demands from an ever-evolving marketplace mean the bar is constantly raised for today’s CMOs. Will they be able to keep up as the role continues to expand? Chief growth officers may emerge as new leaders of organisations in the face of rapid change. Forrester predicted that the role would usurp that of the CMO in eight more Fortune 100 companies in 2018.

Forrester CMO Victor Milligan speaks with Marketing about the new roles appearing in the boardroom over the last few years, and how C-Suites will act when CMOs don’t fulfil the broader remit required for companies to grow.

Marketing: What does it mean to be the CMO at Forrester? 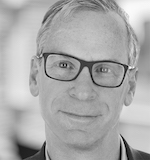 Victor Milligan: There’s two parts to it. One: being the CMO of an organisation that is also going through change and dealing with the digitisation of IP and looking hard at how we best move forward in the future. The second role is working with other CMOs and executive teams to have them understand, confront and respond to changes in their respective markets.

You’re predicting chief growth officers will replace CMOs in the boardroom. Why?

We’ve seen different roles show up over the last several years. Chief digital officer, chief data officer, chief customer officer, chief growth officer. To us, what it appears to be is commentary that the existing role-holders, the CIO and the CMO in this example, aren’t fulfilling the full remit of what is an expanded role.

For many firms, that is indeed the CMO. I think what we’re seeing, maybe in this market, in the space, if the CMO cannot step up to that broader remit, I do think that the board and the CEO will find different ways to solve that same problem.

What is the difference between a CGO and a CMO?

CMO’s role was traditionally focused on acquisition. Acquiring customers. Which was why they spent most of their time and energy in the advertising and leads world. I think today, going forward, the CMO is responsible for the growth of the entire firm.

In today’s market, that deals with acquiring customers and actually delivering experiences to existing customers that stimulate them to stay and then continue to spend and live their lives with you. The broader remit is growth but I think that’s still right on top of the CMO.

If the CMO doesn’t step into the role, I do think the board and CEO will act.

Are you seeing the roles change already? How will it gain momentum?

Just being here in Australia, the chief customer officer seems to be another incarnation of that same thing. Where I’m concerned is on the governance of the firm. When you have these roles that are put in place because someone didn’t take the job, if you will, I think governing a company gets harder.

I could see a CGO that plays the same role as a CMO. But what I get concerned about is when I see the chief data officer or chief digital officer playing a temporal role, fixing something that couldn’t otherwise be fixed by the executive team.

I see governance being a complicated business going forward. We at Forrester do see the organisation’s structure changing. You’re going to see the implications of people overcoming their internal silos and functions and moving more towards a project-based structure versus a function-based structure. I think you’re going to see the role of robots change the fabric of companies. Importantly, is the gig economy, is being able to get expertise as a service.

I do think that how boards and CEOs construct the next form of an organisation will be interesting to watch. Even in that structure, we believe the CMO plays a central role in being the steward of the customer and the orchestrator of experiences.

Until now, the gig economy and the robotics are typically discussed more on a practical level as opposed to in the context of corporate structure and governance. How will the two trends change things in the boardroom?

Whether the board is a very active board, whether the board is much more of a steward board, whatever it might be, I think the board takes on a bigger and more valuable role if they have the digital talent on board. That allows them to understand and navigate the very complex waters that firms live in.

What can CMOs do to prepare for the rise of the CGO?

Take on the job. The CMO, to me, is someone who leads the charge in understanding the outside world. The outside world is a very dynamic, complex world. It deals with the changing behaviours and expectations of customers, it deals with ‘what does disruption really mean in my industry?’ and ‘how much is my industry being affected from outside?’

‘How do I anticipate those types of things?’

‘How do I build a business that can compete on several competitive fronts?’

The role of being able to understand and anticipate the outside market is more central now than ever before, because the outside market is dictating the terms to most firms. We are very much in a customer-led, disruption-rich market. Someone needs to stand tall and make sure they really understand what that means to the firm – and give voice to it – so good decisions can be made based upon sometimes unfamiliar but critical signals from the market.