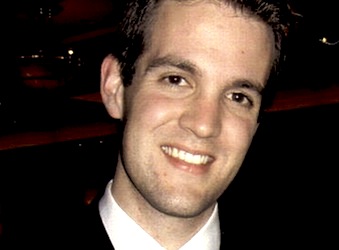 In the lead up to the announcement of the inaugural IAB Australia Digital Marketer of the Year Award on 11 July, we’ll be running profiles of the six finalists. We begin today, with Chris Frame, who busted myths, overcame stiff internal resistance and took aged care provider Bethanie Group’s marketing into the digital age.

The Award seeks to identify the digital marketer who has shown bravery in their digital marketing endeavours through their vision and use of channels and technologies, and has proven tangible, sustained results for their business.

Frame was nominated for his work with Bethanie Group, Western Australia’s largest aged care provider. He took on the role of manager of digital development in 2010, coming from an agency-side role at Marketforce Digital. He was tasked with taking the company’s outdated, almost non-existent digital presence into the present day and beyond. In 2011 Frame was promoted to marketing and brand manager, a recognition of his achievements.

The transformation of Bethanie Group from a traditional marketing entity into one that embraced digital required Frame to win over internal stakeholders and prove himself, in an industry that almost completely lacked digital investment due to the assumption that the elderly don’t use the internet.

Marketing: Chris, congratulations on being a finalist for the inaugural IAB Australia Digital Marketer of the Year Award. Did you expect to get to the top six?

Chris Frame: Not really, no. I did have to take some pretty big leaps and stood out on a limb a fair few times integrating digital marketing into Bethanie, but the results have shown a real hunger for aged care information online and now digital is just part of our everyday marketing activity. But to be a finalist against people working for organisations such as Google, well, it’s a pretty big thrill!

Your previous work was agency side. What made you take the leap to the client side? And, further, into the aged care space?

I actually started in marketing client side at Westfield, and then moved to the agency side for a few years. I actually feel much more at home client side. While agency side was exciting and dynamic, and I got to work with amazing clients such as Lotterywest and Ikea, as the client I get to sit in the driver’s seat and take full command of the brand. Aged care is an industry that gives a lot back to the community, and our work is all about ensuring that the elderly are able to access services that help them live happier, healthier lives. Being the marketing and brand manager at Bethanie is very rewarding, particularly when a campaign results in new people getting services that will change their life for the better. You can go home at night knowing you’ve made a positive difference.

What was the biggest immediate challenge you faced taking on the role of manager of digital development at Bethanie Group?

Bethanie’s marketing was very traditional and had previously never embraced digital channels. It was all based on press and local radio which had worked fine in the past, making the unknown of digital appear a bit scary. I knew from my time at the agency of how essential digital was, but it took a fair bit of discussion and negotiation to get the message across. There were, however, supporters within the company and once we started getting tangible results it became a lot easier. Having support from people high up, including the CEO, helped immensely.

Were you worried going into it, given the industry’s general lack of digital investment?

Yes! It was a big leap from having a digital-savvy team to help me with clients at the agency to trying to initiate change within a single company by myself. But the potential was obvious and too good of an opportunity to miss out on. I wanted to help bring a traditional firm out of the 20th century, so I think the excitement of the challenge was greater than the worry.

Having started your marketing career at Westfield, can the aged care property game take any pointers from the retail property game?

Westfield is absolutely fantastic at branding and marketing discipline. The marketing function when I was there worked like clockwork – I mean every Friday at 4pm a weekly marketing update would come from head office with everything we needed to know at a centre level. The brand managers have full control of their brand and the brand is treated as sacred. So I think the biggest lesson here is the importance of marketing and the value of brand for all organisations, not just within aged care.

When did you know you had won over the sceptics?

When the first campaign we ran on The West online exceeded all of its targets, it became a lot easier to initiate further change. Most sceptics were just concerned about the big unknown of digital, so once we could demonstrate that it was a viable, effective medium, the vast majority became advocates of the medium.

What are the biggest myths about age’s relation to the use of digital technologies, such as social media?

The biggest myth I heard on a daily basis is ‘Our customers don’t use the internet’. It’s simply not true. The elderly today have access to all sorts of digital channels. I mean, within our retirement villages and social centres we have high-speed internet with computers. Residents have their own iPads and iPhones, and some even have Apple TVs in their rooms! It’s a connected world now. Residents Skype and FaceTime with their families, play Words With Friends with their grandkids on their Galaxy and book their holidays online. They have Facebook and my wife’s grandma has her own Twitter account!

What’s the next step for Bethanie Group, and for Chris Frame?

Bethanie is an evolving company and it will continue to adapt to meet the ever-changing needs of the seniors in WA. There are a lot of potential changes within aged care, including possible deregulation so like all aged care providers we have a lot to do.

For me, I’m excited about future challenges – there are plenty of new opportunities as the marketing landscape evolves. In my other life my wife and I write maritime books and I lecture aboard ocean liners about maritime history, so every once in a while I get a few weeks away from screens and digital advertising to recharge the batteries.

The winner of the 2013 IAB Australia Digital Marketer of the Year Award will be announced at the awards ceremony on 11 July.