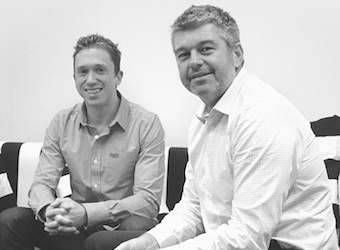 This article was co-authored by Louis Keating, data strategy director at ngage.

What can we learn about big data from the news Woolworths has bought an equity stake in data marketing firm Quantium?

While Woolies is the first local retailer to make such a move, we have seen other large-scale transactional businesses make similar moves in other markets. Perhaps the most well-known example is that Tesco in the UK bought an ownership stake in Dunnhumby, the data agency that helped build the hugely successful Tesco Clubcard in the nineties.

In the past year Visa has also taken an equity stake in Beyond Analysis – set up by former Dunnhumby staffer Paul Alexander. Beyond Analysis is the company that has been helping Visa market its anonymous customer data.

So that’s an example of three very large organisations who see customer data as critical to their future business, so much so they have taken an equity stake in their preferred data suppliers.

It seems, in the complex world of data, this is becoming a more attractive model, and we predict that we will see more of this model in other sectors besides retail.

Woolies now has access to some of the best data analysts, resources and tools in the Australian market. Additionally, the retailer is building its data capabilities through the ‘partner’ business rather than having to build them in house. For Quantium’s other clients, there is now another high-volume data stream that can be applied to improve their businesses.

The deal is sure to give Woolworths a competitive advantage and is a signal to other businesses that it’s time to take their data seriously. Woolies will be able to understand their shoppers in greater depth, and this knowledge will perhaps even allow the retailer to react to market conditions in real time. It’s feasible they would be able to price goods dynamically as demand changes, and see opportunities for cross-sell and up-sell that were not visible before.

Other large retailers and businesses with large volumes of transactional data should be looking at their infrastructure, their data assets, identifying where the gaps are and what needs to be done to address them.

But, while shopper and transactional data are key, there are many other data sources that companies could consider: demographic data, in-store video monitoring, mobile-based location, real-time social media, even weather data.

A McKinsey study released in May 2011 stated that, by maximising the potential of big data, retailers stood to increase their operating margins by up to 60%.

The joining together of these two organisations will be more complex than flicking a switch – this is clearly a longer-term strategy that will require testing and learning to discover the best way forward. And Woolies would be shy of making drastic changes to their current program, which appears to work quite well, too soon.

It will be fascinating to see what steps Woolworths and Quantium will take along that path and what the future holds for these two companies.

Nick Mercer has worked in the DM industry for over 25 years, in leading agencies including K&D Bond Direct, JWT Direct and M&C Saatchi Direct. In 1999 Mercer and David Bell launched MercerBell, which has become one of Australia’s leading independent marketing and communications agencies. Mercer is a founding partner of Australia’s newest data analytics and planning consultancy, ngage and, when not working, you’ll find Nick training for triathlons.