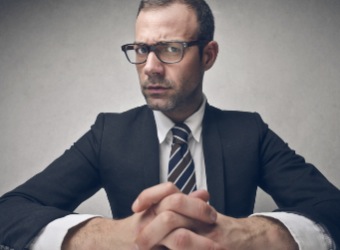 There is a national storage of 600 advertising and sales managers with digital skills, according to the latest Clarius Skills Indicator report released today.

The collected data shows senior advertising managers with strong digital skills are in short supply, going against national trends which sees other major professions in surplus.

But despite the shortage, broader job prospects in the sector are decreasing with a decline in demand for sales, marketing and public relations professionals.

The latest Indicator reports a ‘balance’ in supply and demand for these professions, compared to the previous March quarter when a small shortage was noted.

Executive general manager of Alliance Recruitment Paul Barbaro says that demand for white-collar workers has dropped across the board.

“While skilled advertising and sales managers are in shortage, demand has actually contracted over the past two quarters,” Barbaro says.

The Indicator showed a current surplus of 134,000 Australian job-seekers – higher than the 90,000 reached at the height of the GFC – but the oversupply is smaller at the skilled end of the market where the surplus is 17,900.

Western Australia saw the greatest decline in demand for marketing and sales jobs, while Sydney and Melbourne saw a slight increase for advertising managers.

“Skilled sales and advertising ‘rainmakers’ shed by larger companies during the first half of 2013 have been seized up by smaller businesses seeking an edge on their competitors,” Barbaro says.

Despite this backdrop, salaries have largely remained stable but the report indicates individuals are now being held more accountable for their personal performance and the performance of the business.

“Employers simply don’t want to make costly hiring mistakes and they perceive there are more quality candidates available in the market,” Barbaro says.

“However candidates are also being choosy with job security a big consideration as they don’t want to be caught up in a restructure or insolvency issue of a potential new employer.”

Barbaro said the election of the Abbott government, which is deemed to be more ‘business friendly’, could translate to greater growth with businesses revisiting previously shelved projects.

The flow on benefits should start in February and March 2014 as projects start up, translating to actual job opportunities around June.