Dads luck out this Father’s Day: spending forecast to be half the splurge on Mums

Dads luck out this Father’s Day: spending forecast to be half the splurge on Mums 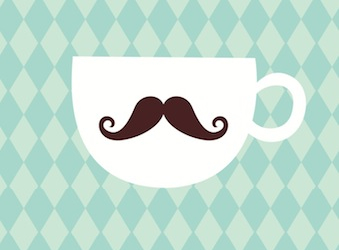 Australians will spend less than half of what they spent on Mum for Mother’s Day on poor old Dad this year, new IBISWorld research has found. Lunch or dinner and a gift card have to cut it and will take precedence over any big spending splurge.

Australians spent an estimated $1.4 billion on Mother’s Day this year, compared with a forecast total spend of a measly $676.5 million for Father’s Day 2013.

Explaining this trend, IBISWorld general manager Karen Dobie says it is a combination of a “save rather than spend” mentality and the perception that dads would be satisfied with a gift card or a meal with the family rather than an expensive present.

The average adult will spend around $37.30 on their father come 1 September and will most likely go towards gift cards and vouchers which are expected to outperform all other Father’s Day categories.

“Plenty of dads will be opening gift cards rather than unwrapping presents this year, as convenience comes into play alongside strong marketing from online group-buying websites, which have promoted discount offers targeted at Father’s Day,” says Dobie.

Increasing consolidation across the retail landscape means individual gift cards can often be used at a number of different brand stores – giving dads the ability to choose a gift they actually want.

But in terms of overall spend, dining out will dominate this Father’s Day with, “Australians tipped to spend $174.5 million in cafes and restaurants for Dad’s big day, a 5.8% increase from 2012”, Dobie says.

“Our day-to-day spending on dining out has been subdued of late and a number of prestige restaurants have closed their doors. Consumers perceive restaurants as ‘special occasion’ destinations, and Father’s Day is such an event.”

On the flip side, IBISWorld is forecasting spending will slump for sporting goods, books and clothing – with ebooks particularly affecting the fortunes of the publishing industry. IBISWorld expects offspring will opt to buy hardware and electrical products for their dads instead.

“The rising popularity of DIY and renovation television shows has been somewhat of a boon to hardware and electrical goods retailers, with expenditure forecast to rise by 2.5% this year to reach $148.2 million. This is second only to our spend on eating out.”