Delivering on the promise – sports coverage and TV network marketing

Delivering on the promise – sports coverage and TV network marketing 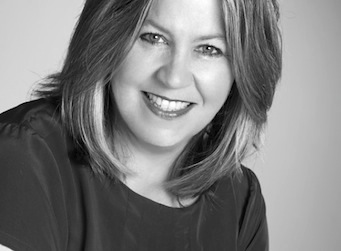 Marketing in 2012 means you have to be perfect all the time, using every avenue at your disposal. Falling down and failing at the key moment when you almost have a long-term customer is no longer acceptable. Though, as I write this, was it ever? Today more than ever it’s essential to utilise the cross-platform space to build consumers’ affinity with your brand.

In a time when personal media, on-demand services and internet TV are attracting viewers away from traditional TV viewing, network marketers need to be better than ever at executing campaigns that both entice viewers and engage with audiences beyond the TV screen.

The most glaring marketing campaign for TV at the moment is for the Olympics. Despite the current social media hype, and with budgets I can safely assume are much bigger than ours at SBS, the marketing campaign that rolled out leading up to Nine’s broadcast, and continues as I write, doesn’t give me a sense of an ongoing journey that is worth my viewing time. And I’m an avid Olympics fan.

Nine’s channel promotion is loud and in your face, marring what could have been a more intimate, emotional experience for the viewer. Perhaps it matters little with an event like the Olympics – a sort of ‘schedule it and they will come’ mentality – but it’s disappointing in its delivery all the same. And, from what I’m witnessing, many viewers are feeling the same and venting it via social media.

Foxtel’s campaign on the other hand invites the viewer into its smorgasbord of Olympics coverage.   Using traditional and direct channels, Foxtel engaged its subscribers in its offer of eight dedicated channels on either TV or via an app, and extended the experience through its digital and social channels. It leaves the viewer never wanting for anything. The excellent ratings are testament to its appeal and delivery on the promise of a better-than-anywhere Olympic experience.

Another good example is SBS’s Tour de France (yes, I know I work for SBS, but I couldn’t resist) campaign which promised the race’s riveting cycling experience anytime, anywhere. Through cross-channel promotion, starting with television and supported by traditional advertising, both hardcore and would-be fans were enticed to experience Cadel Evans’ journey to defend his yellow jersey. Fans could follow the Tour through live coverage, highlights, online streams and a state of the art app, which garnered praise and delight for its delivery of a Tour fix at any time. The social hub engaged the community of cyclists in Australia and kept feeding the frenzy of interest during the first weeks of the Tour.

Those are the kinds of cross platform television campaigns that deliver – and deliver well – on a promise.

Even beyond television marketing, it’s interesting to see how brands perform in the cross-channel space. I’m particularly impressed by Nike’s ‘She Runs the Night’ campaign with its most amazing follow through cross-channel to an incredible and empowering experience for women. The campaign focused on building a community of women around a central idea, then used multiple platforms and hit home the message that women can be empowered to run at night. This was done via straight press and outdoor advertising, online and social media, events and even branded merchandise. Even if you weren’t a female runner, the sheer breadth of that campaign made you notice it, and it was never advertised on television. If you were a runner, you had an experience as a consumer and a woman that was empowering and satisfying all at once and probably left you with more affinity to Nike than ever before.

So, like TV marketers, it’s easy for brands of all kinds (and I’m not perfect!) to miss opportunities – even with big budgets and all the most effective platforms at our disposal – and fail to deliver on promises so boldly made.

Previous Article
Culture and where the wild things live
Next Article
Magazine readership steadies, but men’s, sport and TV continue to dive