Extreme versus mainstream marketing: engaging consumers when the middle is melting

Extreme versus mainstream marketing: engaging consumers when the middle is melting 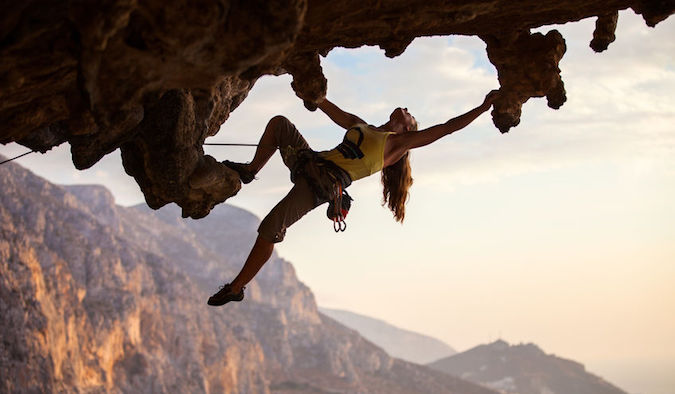 The middle is melting, writes Steve Sammartino, and with it the safety of middle of the road marketing.

The heavyweight champions of marketing have always played it straight down the middle. The invention of modern marketing as we know it was itself because the middle emerged. When people began gravitating to the cities at the dawn of the industrial era, a middle class emerged. Big cohorts of people emerged living in the same place, doing similar work, earning similar wages, experiencing industrialisation and the resulting consumption opportunities for the first time.

The bell-shaped normal curve was born and, inside it, lived average people, who developed a desire to consume average mass-produced stuff – but stuff they had never had before. The middle ground was where the game was won and lost. In the blink of an eye a new challenger has emerged for a shot at the title the mainstream has been holding for the best part of 150 years: the extreme. And this new player is decimating the former title-holder.

The middle is melting.

The reason the middle is melting is because finally everything else that didn’t live there has a chance at emerging and prospering. Low barriers to entry in every arena of business – from design to production to funding to distribution to promotion – has meant that the door has opened and anyone can play. This mainstream audience has fragmented into a zillion pieces where they’ll choose the extreme version of the past wherever it is presented to them and within their grasp.

The middle ground used to be a great risk-reducer for marketers. It was safe, expected and what people would buy into in a world where industrialisation made us more alike than we had ever been before. As marketers we created taste and we wanted a return on our investment in machinery, distribution and media – the best place to play was where everyone was.

The transition of the previously simple advertising industry is telling. Once upon a time the mainstream media was a simple allocation of resources: a tidy choice between TV, print, radio and outdoor – very cosy indeed.

You bought the space and you’d be guaranteed a good share of attention. It made sense to make something for everyone when you were talking to everyone. Now going mainstream is a crapshoot, a spray and pray. We can choose from traditional media, social, programmatic, paying influencers, inbound, native advertising and anything else that flows across a screen or tracks a human.

Now let’s multiply that concept to all elements within the marketing mix – distribution, pricing, range and consumer behaviour are all exploding into extreme diversity – changing daily and hard to bundle into a clean marketing plan.

‘Information’ is a funny little thing. It doesn’t just inform us, it actually reshapes the physical world. What we know changes what we make and what we do. It changes what we buy and sell. New information is the preamble to shifting our physical existence. What we do and how we behave is therefore a function of what we know. When we see more possibilities, and those possibilities become cheaper, more affordable and more available, we fragment our choices, we splinter and the world becomes a more complex place.

This is true in all directions; we also seek the unaffordable, the unachievable and the unavailable – once we know it exists.

The great irony is that the complexity means the less we try to do the more chance we’ve got at cutting through and finding a success. Something for everyone is really something for no one. It’s no longer how many people or mainstream we can be, but how close to the edge we can get and this takes courage.

For most heavy-hitting marketers this is a big shift. It’s not what we were taught. A better approach is not to try and buy attention, but invite it by being extreme.

Today brands have to know the answer to a basic question: what are we the most _______ at? Where the answer ‘popular’ doesn’t count. Most expensive, most exclusive, most simple, most beautiful, most inexpensive, most timely, most available, most dangerous, most smart, most connected, most safe, most anything…

But we must be the most, or we’ll be swimming in competitive soup. Only when we are the most at something will anyone pay attention in a world of abundance.

We now live in Extremistan – anything that represents the middle or the mainstream isn’t just boring, it’s invisible.

What we know shapes what we do, so the sharing dynamic is all-important. A bit of self-reflection here shows us the path. Every time we choose to ‘send to a friend’ via our social medium of choice, our reputation is on the line. No one wants to be that person who sends many boring links, so we gravitate towards the extreme. We want to impress people by being first and finding the ‘crazy unbelievable extreme thing’ to send our buddies.

The limited attention we are growing to expect of each other plays straight into the constitution of Extremistan. It’s imperative anything we share isn’t mainstream. This is the world marketers must pay heed to.

It’s not just ironic that the middle of the market is dying a slow death at a time when the middle class are facing a similar fate; it’s seriously contributing to it. Just as old, established industries are getting disrupted, so too are the middle class workers who populated said companies. Leaving with them are their incomes and the mainstream consumer choices towards which they would once cast their dollar votes.

The squeeze means that those lucky enough to rise above the middle continue the path of conspicuous consumption, while those facing the challenges of a new era of technology are often forced to trade down their consumption choices. It’s lucky that many goods in the former mainstream market have become commoditised under the power of emerging global supply chains, powerful retailers like Costco, Walmart and Amazon, and continued efficiency gains at factory level.

At the lowest price end of the market extreme, many products that used to come at a real cost have dematerialised – literally vanished in their physical form – and been replaced with software and everyone’s favourite price: free!

Just look at this non-exhaustive list of formerly-physical and costly items we get as a gift with the purchase of a smartphone: video camera, map, camera, dictaphone, music player, phone book, encyclopaedia, newspaper, television, photo album, notepad, torch, compass and more.

While at the top end of the market we have luxury markets booming. The world’s most valuable company, Apple, gets twice the price per unit of functionality on its hardware based on extreme beauty.

A welcoming residency in Extremistan means brands need to be free, cheap or fancy. Free online services, world’s best prices on homogeneous goods and services or something so fancy you’ll tell your friends and participate in a #humblebrag on your Instagram page.

In a curious way, tomorrow’s mainstream could well be extreme offers so interesting and so bewildering that something on the edge ends up in the middle.

To purchase a copy of The Versus Issue or a subscription to the mag, visit the shop »