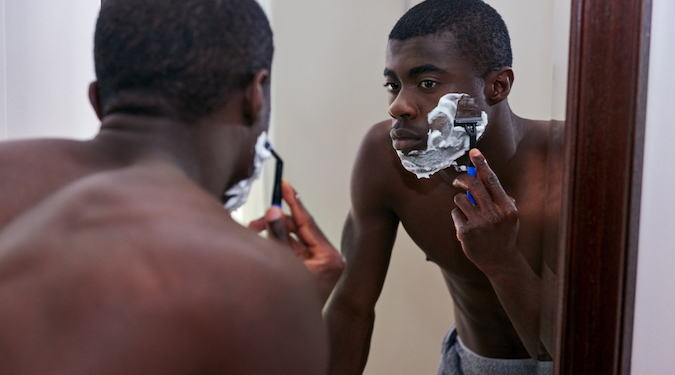 Unilever PLC has paid US$1 billion for Dollar Shave Club.

The acquisition is being heralded as a “victory for simplicity over technology” as the “low-price, direct sales model countered [the] industry’s move to high-tech, costly razors” (The Wall Street Journal).

With its simple and affordable business model and effective online marketing, it disrupts the razor market, for which one-upmanship – adding blades and flashy tech features – has long been the competitive focus between major brands.

Dollar Shave Club (DSC), which delivers a range of razors and shaving products for a monthly charge, is currently available in the US, Australia and Canada, but is expected to expand into new global markets with the backing of Unilever.

The acquisition of DSC sees Unilever re-enter the razor business and resume competition with its rival Procter & Gamble (P&G), owner of market leader Gillette, which has been in DSC’s crosshairs since day one.

In 2012, DSC released an online ad written by and starring DSC founder and CEO Michael Dubin. In the ad, Dubin asks, “Do you like spending $20 a month on brand name razors? Nineteen dollars goes to Roger Federer.”

Here’s the Our Blades Are F***ing Great online ad

DSC will continue to operate as an independent entity, run by Dubin.

DSC has enjoyed popularity, but has been unprofitable, as it is invests heavily to attract new customers and market new products, prompting many to question whether it would have continued to thrive on its own without Unilever’s acquisition.

Compared to the US$57 billion P&G paid for Gillette 11 years ago and the US$10 billion it spent on advertising in 2014, however, the US$1 billion acquisition looks to be comparatively low in risk for Unilever and introduces the company into a highly engaged market, reports tech analyst Ben Thompson.

The company had revenue of US$152 million in 2015 and is on track to reach $200 million this year, reports Unilever.