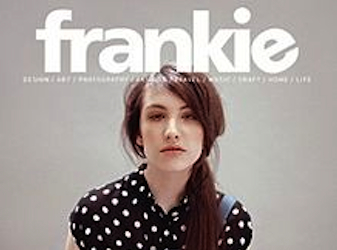 Frankie magazine was named magazine of the year for the second year in a row at this year’s Australian Magazine Awards (AMA). The cult magazine published by Morrison Media also beat top fashion titles Vogue and Marie Claire to be named best fashion title of 2013.

Tags:
Previous Article
Are you letting your best talent leave?
Next Article
Why social analytics are so hard, but so vital