G is for Google: Alphabet is born as search giant’s new parent

G is for Google: Alphabet is born as search giant’s new parent 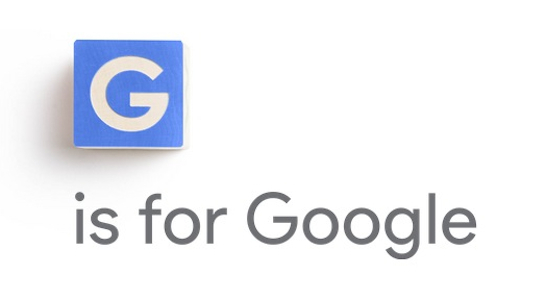 Google has announced a major restructure by introducing the world to Alphabet, the new parent company of which the mighty search engine will be one of many subsidiaries.

Google co-founders Larry Page and Sergey Brin will take on the roles of CEO and president respectively, with Sundar Pachai stepping up as CEO of the new “slimmed down” Google.

While Google will remain the brand covering search, the company’s innovative forays into unrelated areas will form their own identities under Alphabet (such as its Life Sciences division).

“We’ve long believed that over time companies tend to get comfortable doing the same thing, just making incremental changes,” Page wrote on the company blog as part of the announcement. “But in the technology industry, where revolutionary ideas drive the next big growth areas, you need to be a bit uncomfortable to stay relevant.”

“Sergey and I are seriously in the business of starting new things. Alphabet will also include our X lab, which incubates new efforts like Wing, our drone delivery effort. We are also stoked about growing our investment arms, Ventures and Capital, as part of this new structure.”

As for the name Alphabet, which will be a corporate brand without its own products, Page explains the reasons behind the choice:

“We liked the name Alphabet because it means a collection of letters that represent language, one of humanity’s most important innovations, and is the core of how we index with Google search! We also like that it means alpha-bet (Alpha is investment return above benchmark), which we strive for! I should add that we are not intending for this to be a big consumer brand with related products–the whole point is that Alphabet companies should have independence and develop their own brands.”

Reactions from the Marketing mag community

“Google are brilliant marketers. They’ve realised that many of Google’s interests lay outside of the Google brand and they’ve developed a holding company with a broader vision and mandate that all these non-googly ventures can fit within,” he said.

“I love the name. They get their brand and business extremely well.”

Mark Razzell, strategic planner at Zuni, said he wasn’t surprised by the launch of Alphabet, believing it’s a sign that Google has finally conceded to allowing its name be synonymous with search – after fighting this ever since it started innovating in other areas.

“They’ve branched out massively in the last few years, and it’s damaging for the brand when people say, ‘why is Google buying robotics companies?’”

Grant Flannery, The White Agency associate strategy director, dubbed the new brand identity as “an upgrade on the design front”.

“It’s simple, clear and easy to understand. Google doesn’t always make the most beautifully designed software or products but I really like the G for Google.”

Flannery suggested the move may have been driven by tax benefits and the ability to offset profit margins, but also noted:

“I think it will strengthen Google as it simply adds more to their offering, when they bought YouTube it strengthened their position, I think we will see more companies coming into the Alphabet world.”

The fact that Alphabet is unlikely to be very consumer-facing will allow it to avoid the branding challenges often faced by companies with master brand and sub brand approaches, he added.

Marketing and technology expert Steve Sammartino said the new brand was likely to fragment the Google name, but with the upside that it could protect the brand from other technically ambitious project failures.

“A brand is only ever as good as the meaning we create under it. That said it is rife for confusion and a word they could never ‘own’,” he said.

“For me this reflects the age of the digital conglomerate. These new friendly techie companies are really just the new General Motors and Procter & Gamble.

“I think it will have more impact on corporate structure and reporting to Wall Street than it will with end users/consumers.”

Ken Murray, marketing director at MEI Group, said criticism around the name is a reminder of 1997, when Altavista and Yahoo were competing for the search market: “I didn’t think much of the name Google then”.

“From what I’ve seen Larry and Sergey seem to have this running theme of what starts off as insider references, Google being a play on Googol (number followed by a hundred zeros) representing their vision of a googol of information, now Alphabet which I see as a representation of the diversity of their business (from A to Z).”

“Google owns the monopoly of our minds as the search engine, to the point where I predict in 2016 Macquarie dictionary will be adding Google as a verb defined as ‘the act of searching on the internet’.”

Murray suggested the new name may shed this somewhat, allowing the company’s non-search businesses the freedom and autonomy to grow.

“You’ve got to let the culture and dynamic grow with some autonomy of big brother brand. Complete with its own marketing communication that resonates with the target audience – otherwise the challenge we face from what I’ve seen – it has a high likelihood of failing, or cannibalising the market you already have (not necessarily cross-selling either!).”