Going for gold – is Olympic sponsorship on the money or off the podium?

Going for gold – is Olympic sponsorship on the money or off the podium? 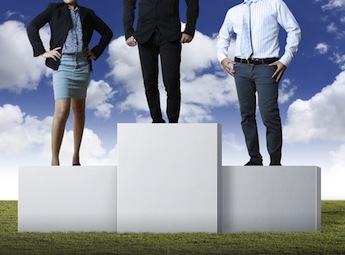 Recent news has drummed into us that Olympic sponsorship may in fact not be worth the investment. Big brands have invested up to 80 million pounds (120 million Aussie dollars) just to be criticised – not to mention confused with non-sponsors. The London Organising Committee of the Olympic Games and Paralympic Games (LOCOG) vehemently defends its strict regulations on the grounds that official sponsors must be protected and allowed a ‘clear run’, especially around the Olympic venues.

On one hand, what LOCOG overlooks is a basic tenet of branding: it’s all about the consumer. While they may believe they are in fact protecting the official sponsors by harshly regulating marketing and advertising, they may in fact be pushing consumers away from the very brands they are striving to help. Visa, for example, is struggling to put a positive spin on the ‘greedy’ label it has received after any other brand was blocked from becoming an online credit or debit card ticket payment option at the Games, as well as the only acceptable card at Olympic events. Thanks to a situation in which brands are essentially shoved down consumers’ throats inside official Olympic venues, Coca-Cola and McDonald’s are feeling similar effects. Only last week, news broke that McDonald’s has told the organisers to ban 800 food retailers at 40 Olympic sites from serving chips with their meals. The sponsorship obligations meant that only fish and chips have been spared the prohibition (not even the Olympics dare ban the national dish).

The evolution of the brand monopoly ethos seems to have rid Olympic sponsorship of the very foundation of the games: competition. What LOCOG really needs to do is realise that if they ran the games like they are running marketing regulation, each event would feature just one star athlete – which doesn’t leave much doubt as to who would win the gold. Adrenaline will be surging, sweat will be dripping, and hearts will be pounding in the arena. The same cannot necessarily be said for the marketplace.

To make matters worse, an ‘ambush ban’ has been declared to run from now through to the middle of August. Just in case anyone is tempted to try it on, an army of 286 purple-clad Brand Police (aka ‘stewards’) will be on the prowl at Olympic venues, armed with masking tape to cover up offending logos which may be deemed direct competition to an official sponsor.

Consumers will resist what is pushed in their faces and resent lack of choice. However, when these same consumers are offered competing brands, they thrive – they are able to make the decision, and provided they engage in a positive experience with the product, they will develop loyalty. Then brands win, too. A brand which has a monopoly during the Olympics will surely profit – it’s common sense that without choice, spectators will indeed buy their product. But what has not been taken into account is the post-game effects of such pushing. Will consumers use Visa during the games? Without a doubt – because there’s no alternative. Will they resent Visa once they return home? They just might.

However, in oversimplifying the concept of ‘audience’, this general argument ignores the population that actually makes up the viewing public: those at home. Arguably, just the relatively small number of around a million who will actually attend the Games in person. How about the remaining billions worldwide? If your brand marque can be seen in some capacity by all of those people watching their TV and cheering on their national team, what’s a £20,000 (AU$30,100) fine in the scheme of things? And, you might just think about the fact that by default, you are possibly aligning your brand with the category leader as main sponsor – not a bad idea for many brands aspiring to reach gold medal status.

At a local level, in-your-face sponsorship may upset the million people who purchase tickets and personally attend events in Olympic venues. However, looking at a more global level, this same sponsorship doesn’t seem quite as negative. In fact, it may pay out in the end. With the title of ‘Official Olympic Sponsor’ comes incredible publicity: your brand mark is seen billions of times over on a range of touch points. An American family watching the women’s gymnastic final won’t feel the annoyance of having been forced to purchase their tickets with a Visa or the lack of ‘chips’ in the arena outside of McDonald’s – they will, however, recognize the Visa logo behind prized US gymnast Gabby Douglas as she nails her floor routine.

This summer should present billions around the world with an opportunity to celebrate sport. At first, we are prone to ask if is all this draconian protectionism really in the spirit of the Olympics. Have we, in fact, lost sight of the foundation of the Olympic games, that which is sportsmanship and competition? However, these questions arise from an oversimplification of the concept of consumer. The majority of Olympics audience members won’t be poolside, courtside, or trackside in London, and thus, perhaps official sponsors have outsmarted us all. We forget that as we name-call and hurl insults, the very brands we target steadily engrain themselves in our lives and our minds alongside billions of viewers worldwide.

Andrew Eyles is CEO and founder of Blue Marlin Brand Design, an independent integrated brand design consultancy with an international network of offices across the UK, USA, Australia and Asia.

Previous Article
Social video buzz – which Olympic sponsor is winning the race?
Next Article
Study: In Woolworths and health and chocolate brands we trust