Google Lens technology is being used by the National Gallery of Australia (NGA) in an initiative launched to showcase the work of Australian women artists in different locations across the country.

The project is a the result of a partnership between the NGA, oOh!Media and Google, and highlights six artists showcased in high-profile out of home sites as part of the gallery’s Know My Name initiative.

Know My Name is aimed at increasing the representation of Australian women artists and celebrating the contributions they have made and continue to make to the country’s cultural life.

The national outdoor art event will offer Australians the opportunity to interact and connect with the works of art and artists. Powered by Google Lens, passers-by simply need to open the app and direct their smartphone’s camera towards the panel to discover more. Google has custom-built an immersive audiovisual capability, allowing audiences to engage with the out of home panel and uncover the story behind the artists featured; a short video appears from the work of art when viewed through the Lens app.

Aisling Finch, director of Marketing at Google Australia and New Zealand, explains that Lens enables people to explore the world around them.

“Google Lens enables you to ‘search what you see’ – whether it’s learning about landmarks, flowers, or translating text in real time,” she says.

“With this collaboration, we were able to help oOh!media and the National Gallery of Australia to deliver an interactive experience that entertains, educates and, importantly, shines a light on these incredible artists.”

The Google Lens capability will work on six works of art wherever they are viewed, whether on oOh!’s out of home assets across Australia or in the gallery itself. The oOh! campaign is now live and will run until March 2021, while the exhibition, Know My Name: Australian Women Artists 1900 to Now is also now open and runs until July next year at the National Gallery of Australia, Canberra. 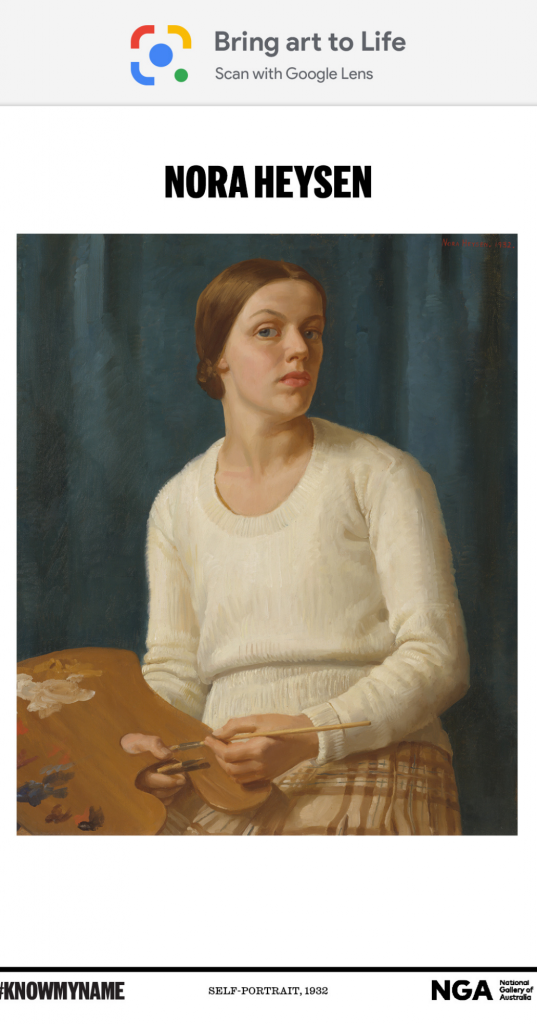