Google’s content platform, ‘Google Play’, has added magazines to the movies and apps available for download in Australia.

The Women’s Weekly, Vogue Australia, Men’s Health, Better Home & Gardens Australia, GQ Australia and Timeout, are some of the titles available via the platform.

It is understood that today’s release makes magazines available on play.google.com, with roll out to devices set to happen over the coming days. When launched, the Google Play Magazines App for Android will allow readers to buy single issues or subscribe to view magazines on tablet or other devices in high definition.

Back in April movies on Google Play launched in Australia, making thousands of titles available for rent on the web or Android device. In addition, there are more than 675,000 apps and games available for download on the digital entertainment platform. 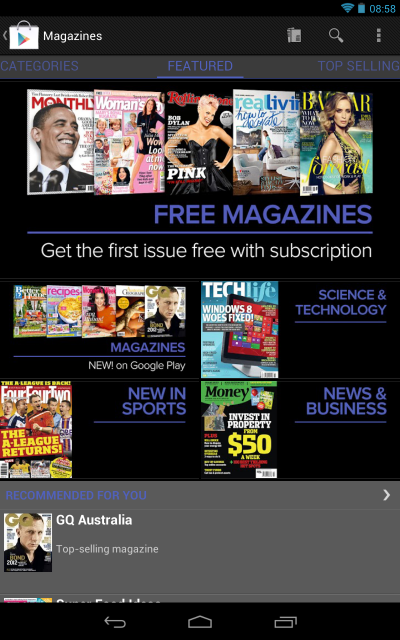