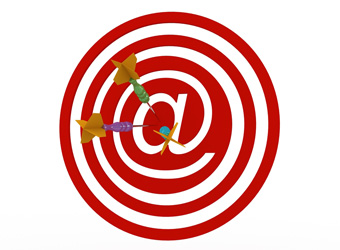 After unprecedented growth over the past two years, the Australian group buying market recorded its second straight quarter of decline, dropping by 14% compared to the previous quarter.

While retail seasonality, reduction in overall number of market participants and reduction in the average price of deals may have impacted on the drop, analysts Telsyte predict growth is likely to continue to slow down unless the industry starts to innovate.

The industry generated $123.5 million in quarter one of 2012, a 14% quarter on quarter decrease, but an increase of 72% on the same period last year, when the industry was still in its infancy.

According to senior research manager at Telsyte, Sam Yip, group buying companies need to innovate to refresh their offer in order to arrest the decline that has started to set in. Yip says the need for better customer segmentation and deal targeting is critical to the continual growth of the industry, as the traditional model of sending emails reaches its peak giving consumers a feeling of ‘deal overload’.

“I don’t think it’s about consumers losing interest,” Yip says. “It’s more about the sites and how they market to the consumers.” Yip points three areas where group buying sites can innovate – deal targeting, customer loyalty and mobile.

“In terms of innovation it’s around the site side of things… innovation around customer segmentation, customer data, targeted deals and innovation around generating loyalty as well. We haven’t really seen any of the sites push to get consumers loyal to their own sites, whether by a point system or by specific deals. Thirdly, it’s around the technology, especially around mobile which is a massive opportunity based on mobile penetration at the moment.”

A number of the group buying sites, including Groupon, LivingSocial and Spreets have launched their own apps, but none have included the functionality to offer deals based on consumers’ current location in real time. Telsyte believes there is an unprecedented opportunity for location-based group buying offers as smartphone penetration has already exceeded half the Australian population.

However, not all members of the industry believe it should be the one to champion mobile coupons and location-based deals. CEO of Spreets, Dean McEvoy, told Marketing that location-based, real time deals had been left out of the company’s recent app launch intentionally, with the momentum for this type of service sitting in Facebook’s or Google’s court. In the US, Groupon has been struggling to implement its location-based service, Groupon Now, which has seen a decline in success since its launch.

Nevertheless, Yip believes the approach, which has been dubbed ‘SoLoMo‘, has merit for the group buying business model. “The ability to integrate mobile social networking with deals, offer location-based deals, and allow merchants to push deals immediately to customers within their vicinity will be the pillars of growth in the next two years,” he says.

“When it comes to mobile it’s not just around innovation with the consumers, the applications they use and how they buy, it’s about how to get merchants using mobile to push deals, location based services, real-time deals.”

Telsyte expects the group buying market to exceed $600 million in calendar year 2012 and continue growing towards a $1 billion industry by 2016. In 24 months, the industry has gone from concept to becoming a key contributor to the Australian ecommerce industry with nearly $690 million worth of goods and services purchased through 14.5 million vouchers sold to date.

Tags:
Previous Article
Spotify launches with local partners
Next Article
TV holds its own against smartphones and tablets