Has Foursquare missed the retail boat, and will Facebook miss it too?

Has Foursquare missed the retail boat, and will Facebook miss it too? 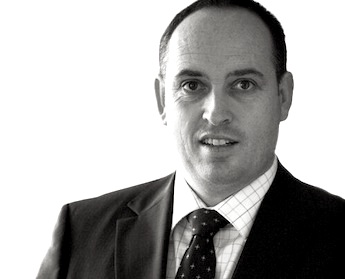 This week Facebook bought a US company, Tagtile, that helps retailers reward shoppers if they check in via their smartphone when they visit their stores.

One hopes this will rock the Foursquare boat in Australia. As a Foursquare user who always checks into retail stores, I can only think of a handful of offers or rewards or messages that I have received via Foursquare. It’s fast becoming a gamified experience by Foursquare rather than a positive retail experience at those stores. It’s like playing the Foursquare game with other customers, while waiting for the retailer to press start.

As an example, I regularly visit and check in at four coffee shops, two in Sydney and two in Melbourne. None of the four know that I check in each time. None of them have set up an automated message, reward, thank you or discount. None of them even look at their store name on Foursquare to know how many people have wanted to engage with them. Sadly, it’s the same experience with the majority of Australian retailers of all sizes. At least the coffee shops are able to drive loyalty the old fashioned way by remembering my name and coffee order and enjoying a chat.

Five to ten years back we began deriding traditional media as a one dimensional tool, from brand to consumer with no chance for the consumer to engage back. We welcomed the two-way conversation of the web and social media. Now hopefully we won’t ignore consumers who want to have a two way conversation by checking in at a store.

Currently they can only have a one way conversation because the brand isn’t listening and us agency folk and the technology owners have forgotten to remind those brands to listen and engage.

Foursquare and now Facebook have the potential to reinvent retail loyalty. Consumers want it, that’s why they check in. In conjunction with agencies, Foursquare and Facebook need to work as hard on the retailers as they have on the consumers, otherwise everyone will miss the boat.

CEO of Ogilvy Australia since 2009, Andrew has worked with some of Australia's largest brands including BMW, Australia Post, Cadbury, Kraft, Nintendo, Jim Beam and Westpac. As MD he oversaw the successful merger of BADJAR and Ogilvy as well as the launch of a number of companies including One20, Neo@Ogilvy and Ogilvy Action.