The battle for gaming console allegiance is one of the most hard fought in modern marketing. This Sydney agency managed to garner rave reviews and drive a tidal wave social chatter for the Xbox One X, before it had even launched. Here’s how.

The gaming console category is renowned for being fiercely competitive – so much so that the rivalry among the manufacturers has been dubbed ‘the console wars’. The launch of a new console is an opportunity to reignite fan enthusiasm and boost market share. In November 2017, Xbox released the Xbox One X – the world’s most powerful console.

Unlike its competitors, the device offered players a truly high-fidelity experience, with crystal clear and vibrant 4K HDR (high dynamic range) graphics, super-sharp Dolby Atmos audio and smooth gameplay owing to the console’s enormous processing power. However, internal research revealed that almost all of these differentiating features needed to be seen to be believed. With pre-orders a vital component of the success of a new console launch, this presented a problem, as consumers were unable to play the console before launch. 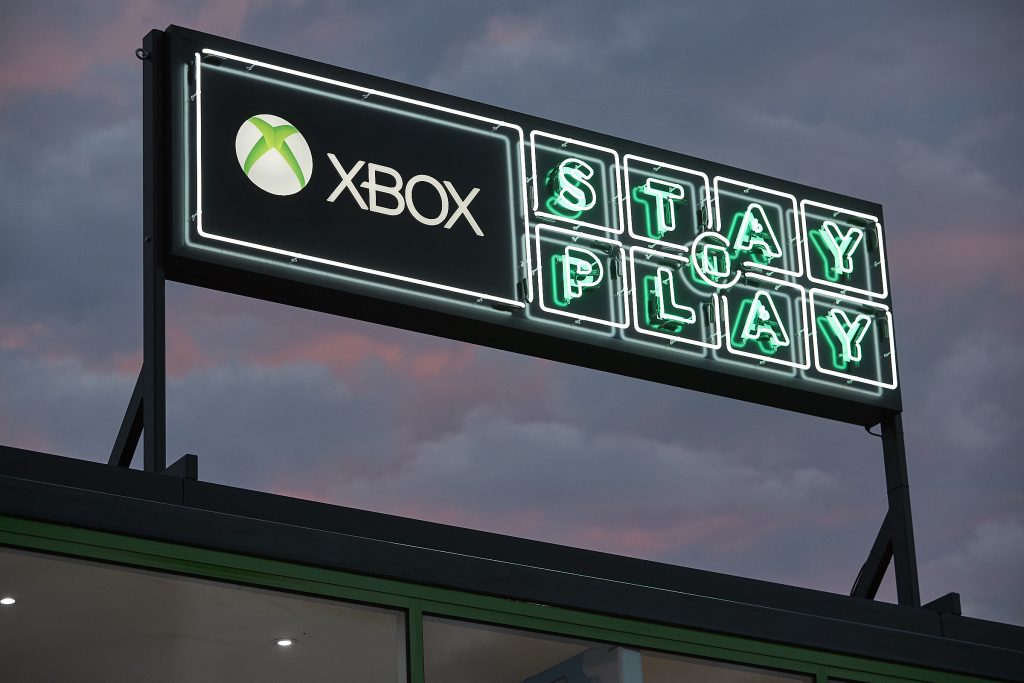 opr’s task in launching Xbox One X in Australia to core gamers was challenging due to the highly competitive gaming environment and customers’ inability to trial before purchase. In essence, the idea had to be big enough to achieve both the communication and business objectives, including: 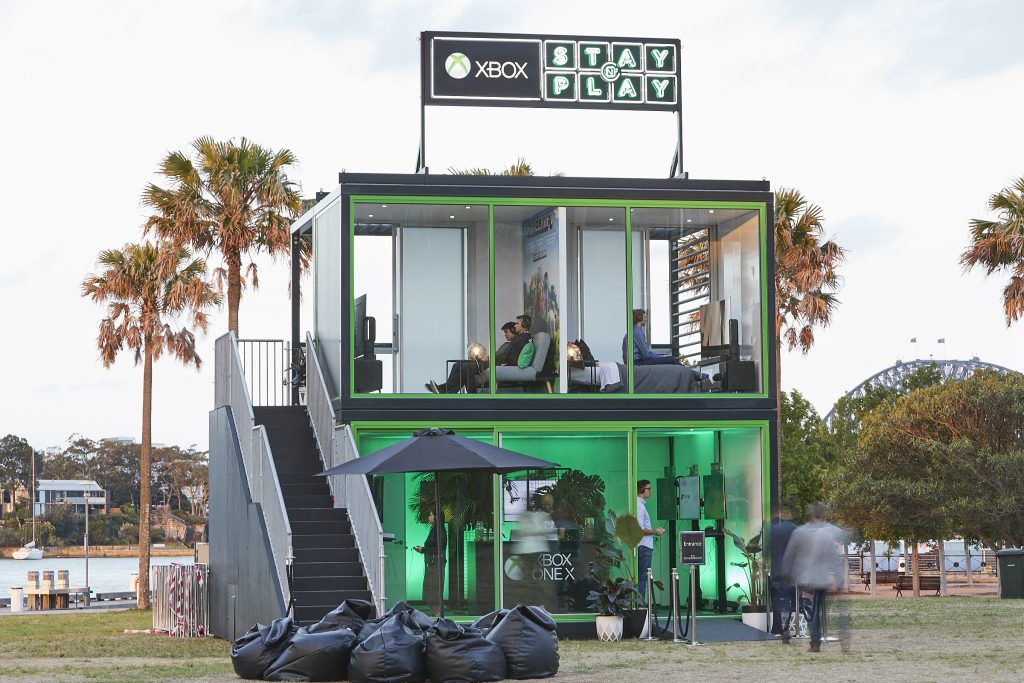 Our insights revealed that to showcase the power of Xbox One X, would-be customers would really need to see and experience the console firsthand to understand its benefits in action. Hands-on experiences were key and we knew the Xbox fan base and gamers in Australia would do anything to get their hands on a console early before release. Our solution was a boutique, gaming-themed sleepover experience that would give fans unhindered access to the Xbox One X, days before its official release, with the natural beauty of Sydney as the photogenic backdrop.

While the easy way would have been to host our sleepover fan experience at an existing venue, we knew originality would be highly regarded by Xbox fans and our intended global audience – so we built the Xbox Stay N’ Play from the ground up in a striking location. Giving Sydney equal star billing rights with our product was key in generating spectacular imagery that would earn column inches and spread globally among the gaming community. 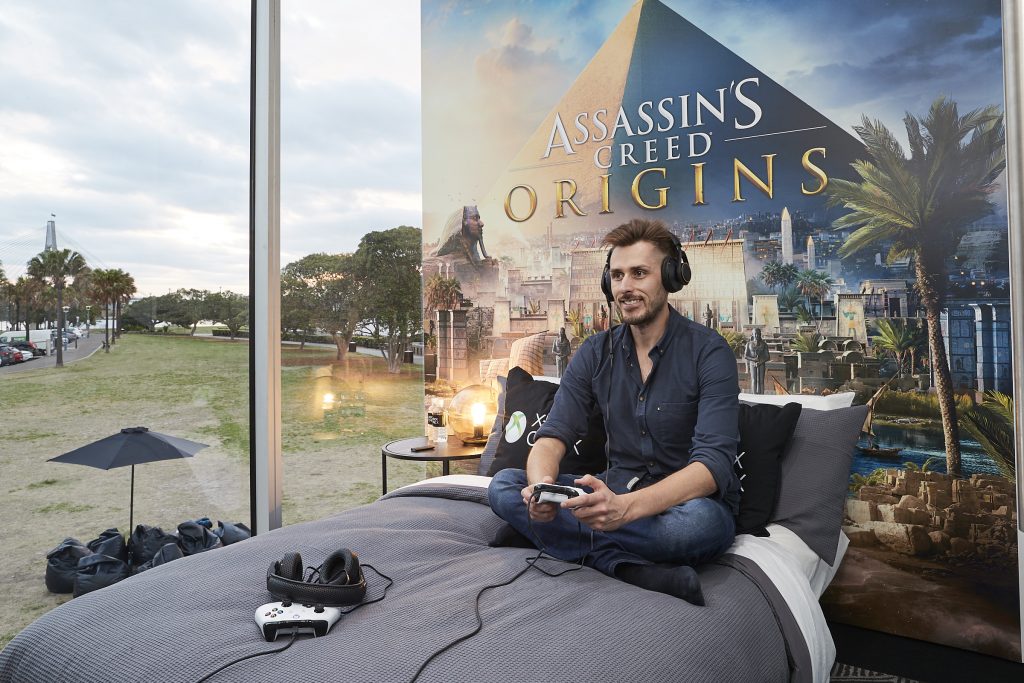 The Xbox Stay N’ Play hotel was situated in front of the iconic Sydney skyline in Pirrama Park, Pyrmont, with the first-of-its-kind establishment opening its doors from Friday 3 to Sunday 5 November 2017. It consisted of four private and bookable suites (each themed after an Xbox One X enhanced title) and an open-play lobby, allowing fans to experience the true power of Xbox One X in a unique and controlled environment.

Each private suite could be booked for overnight accommodation and included 4K HDR televisions for super-sharp and smooth gameplay, Dolby Atmos-enabled headsets for cinema quality audio, and a full selection of Xbox One X enhanced games. Bookings were accepted online on a first-come, first-served basis. Visitors without a booking could experience the Xbox One X in the open-play lobby.

The bookable suites at the Stay N’ Play sold out within three hours of going live to the public, demonstrating a high level of community engagement. Despite the event taking place on Sydney’s wettest weekend in recent history, more than 600 people visited the Stay N’ Play to get hands-on time with the Xbox One X console.

Xbox Stay N’ Play generated more than 310 pieces of highly messaged media coverage during the pre-order window across key mainstream, consumer, gaming and broadcast media outlets. Combined, these created a potential reach of 150 million people, driven by purely earned media opportunities. Just as importantly, social content of the activation reached over 407,000 fans, sparking more than 5000 engagements. On Facebook and Instagram, video content was viewed over 65,000 times (across posts and stories).

On average, Facebook posts performed 48% better than regular organic posts. This included a 23% increase in total engagement on regular paid and organic posts. Results have been achieved purely organically, with no spend put behind any social activity. The campaign has also been recognised by a number of highly coveted award ceremonies, including: