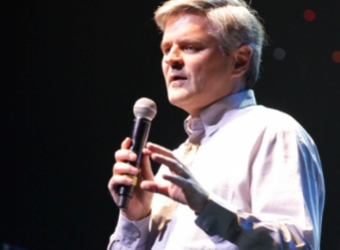 Susi Banks looks at companies and brands of the future, writing for Marketing in Australian exclusive coverage of the inaugural SXSW V2V event that took place in Las Vegas in August.

Former CEO and Chairman of AOL Steve Case always believed the world would one day get online. But he wasn’t sure he would live to see it. Fortunately, he did and Case told this anecdote at the inaugural SXSW V2V conference in Las Vegas in August. Case, who is now 55 years old, said that in 25 years from now almost none of the big companies of today would still be around.

Case and other speakers at the event (an entrepreneur offshoot event of the annual SXSW tech, film and music event) talked of how companies will operate more like startups in the future. They will be smaller, more agile, creative and able to quickly adapt to the business climate and needs of the customer. They will have fewer full-time employees and operate with a core staff and many contractors or freelancers. And they will need to be innovative. Bigger companies will either break up into smaller companies or cease to exist all together.

The other main change predicted for companies in the future will be the focus on having the right employees. Although they may not be permanent staff they will need to be exceptional in terms of culture and fit.

Tony Hsieh spoke at the conference about how culture and community were vital in terms of staff and building a successful brand or business. And he knows what he’s talking about. In 1999, when the internet entrepreneur was just 26 years old, he sold his first company to Microsoft for US$265 million. The company, LinkExchange, was a pioneer of banner advertising on the internet. Since then Hsieh has been (and still is) a venture capitalist, co-founder of Zappos retail, which sold to Amazon for US$1.2 billion, and now helms the ‘City as a Start-up’ project in downtown Las Vegas.

Hsieh said his experience of building companies and his companies’ research had shown that just hiring employees on the basis of their experience and resume – no matter how good they are or how hard they work – did not make the company as successful as when the employee fitted with the company’s culture. This came from Hsieh’s experience establishing LinkExchange by employing his friends from college. After he got to about 20 employees he said he started to run out of like-minded and skilled friends, so he started hiring the traditional way from resumes.  Although he built a multimillion dollar company, he said his passion for it died not long after and he wanted to do something else.

Locally, a soon-to-launch start-up called Kllective is catering to this new way of working. The company is a curated community marketplace for top creative talent.

With offices in Melbourne and Stockholm, the company looks set to cover both hemispheres. But the geographical configuration is more to do with its co-founders, Quentin Wallace and Dan Nyren, being based in Australia and Sweden respectively, although Wallace says both countries have very strong creative communities: “Both countries punch above their weight globally and it gives us a good handle on international collaboration,”  he says.

“We’re creating a virtual studio, which even five or six years ago was much harder to do. With voice and video over IP (VOIP) becoming mainstream, international collaboration is much easier these days. It’s no longer necessary that everyone be physically located in the same place.”

He says one of the advantages of Kllective’s system, as opposed to a recruitment service, is that customers can find the right person online, contact them and start managing the job immediately. “It’s like a digital passport for creatives, who can take their job portfolio with them,” Wallace says.

Even though there are other sites for creatives to get their portfolio up, most of these are not curated, so anybody can put their work on there. Wallace says Kllective will only feature top class talent, chosen in most cases by peer review.

But if you’ve travelled for business or pleasure in the US recently, you may have heard about Airbnb or even stayed at an Airbnb property and used an Uber taxi.  If not you probably heard about these brands.

Airbnb allows property owners around the world to rent out an apartment, house, room or even a couch to paying customers. The customer or guest in this case pays for the accommodation in full before arrival. Once they have checked in, Airbnb releases the funds to the property owner. The company vets guests by requiring photo ID such as a passport and offers a guarantee for owners up to $1 million for property damage. The advantage to the customer is they can get accommodation at a fraction of the cost of a hotel in the same area. And they can read genuine reviews of previous guests on Airbnb’s website.

Uber taxis is an app-controlled car service, where vetted drivers pick you up in their recent model, unmarked (no signage) cars and take you to your destination. There is no cash involved, as Uber handles payment via your online account. And no need to tip, as gratuity is included, and from advertising that their fares are 10% cheaper than taxis (currently in the US the company’s prices are roughly 30% cheaper than a taxi). The driver can access your pick-up location via your smartphone and the passenger can also watch the progress of the car in real time.  (in Australia due to regulation of the taxi industry you can still use Uber, but you will get a proper taxi cab from Silver Service or similar).

The lesson here for budding entrepreneurs and big businesses with a start-up division or attitude, is that it can work. Case spoke about how start-ups can sound like a kooky idea initially, but can go on to be multi-million dollar companies in a relatively short time. For example, Case said when he first heard of Airbnb he thought it was some idea to rent air mattresses for people to sleep on around the world, and thought: “That will never work.” Since launch, there have been more than a million bookings, revenues in the tens of millions and Airbnb has expanded internationally through acquisitions.

Tags:
Previous Article
Chinese Food: a lesson in going viral no brand should follow
Next Article
Nielsen: retailers and suppliers need to work together to offer overall value