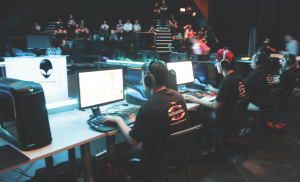 For hardcore gamers the fastest processor and most powerful 3D graphics card are vital in order to achieve the skill level they need to attain the status they want. Some are willing to pay a premium for the best equipment but many build their own.

Having owned Alienware since 2006, in 2009 Dell launched its first Alienware/Dell branded – the M17x. The M17x is the complete mobile gaming package, with the fastest mobile processor available, 8GB of memory and the fastest Nvidia graphics cards in SLI mode [Ed: two graphics cards running in tandem]. A hardcore gamer’s dream. However, although some hardcore gamers were aware of Alienware, Dell sought a greater uptake among this gaming demographic. Historically, advertising for the M17x was transactional and Dell realised that on its own it was not receiving the cut-through needed in terms of creating brand ambassadors among hardcore gamers.

MediaCom was tasked with finding out how to connect with this very niche, hard-to-reach audience and make Alienware the most wanted product and brand in Australia among gamers.

The objectives were ambitious; MediaCom had to grow Alienware sales by 20 percent quarter-on-quarter. The tough part would be reaching hardcore gamers, who spend so much time gaming – on average 40 hours per week – they barely consume any media outside gaming press, digital blogs and forums. 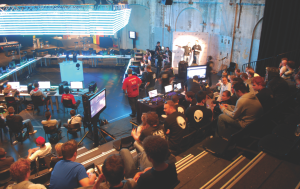 To understand this niche audience, we needed to go beyond syndicated research and really get to know them. We conducted our own research using a panel of obsessive gamers from around Australia. We invited this panel to an online forum where, we discussed their attitudes towards gaming, PCs, Alienware and media.

During our research we discovered that the most hardcore of gamers played their favourite games in ‘clans’. Clans are groups of players who work together as a team to complete a game or objective. The strangest thing about most clans is that the team members are scattered all over the country and, while they are friends, most have never met in real life.

We found that Cybergamer.com.au alone lists 4200 clans for the most popular online games. On average, each clan has six members giving us a core audience of 25,000 clan members.

Clans spend more time gaming than other gamers and compete against each other. Many clan members expressed frustration at the availability and speeds of gaming servers in Australia. Gaming servers are essential because they enable the clans to play together over a network and the faster the server the smoother the game play. They also complained about lack of organised clan gaming tournaments within Australia, as compared to those held in the UK and US. Our strategy was to use these learnings and show gamers that Alienware cares as much about gaming as they do.

We set up free gaming servers for the most popular online games in Australia using high- spec Intel dual-core machines, providing a total of 3880 gaming ‘slots’ over the campaign period. These Alienware branded servers were visible to users when they searched within the PC games themselves for online multiplayer games to join and we also promoted them on a variety of gaming websites.

Every player joining the server was exposed to Alienware through logos, welcome screens and in-game messaging.

To engage the best clans in Australia we also created the Alienware Clan Challenge – the biggest Call of Duty tournament in Australian history. Dell provided five Alienware Aurora desktop machines as the prize for the winning clan; our prize pool value of $30,000 was unprecedented.

We leveraged Dell’s global partnership with iGamer to create the tournament destination at www.alienwarearena.com.au, where gamers registered, conversed and progressed through the online tournament. Sixty teams were reduced through online qualifications, to the best eight for the live Sydney final.

We also partnered with the community’s chosen Call of Duty site, Cybergamer.com.au, to run and promote our tournament.

The final was created in an amazing space at CarriageWorks to create a real life Alienware Arena complete with spectator stand. Live action was streamed online with commentary from the irrepressible Gamestah. We created a short film of the event that was posted on YouTube and seeded via PR, media partners and gaming influencers.

Additional support was given through:

– Tweets to Alienware followers, and

– Messages within the Alienware servers. 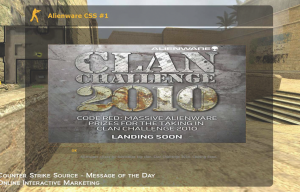 The objective was met with Alienware sales up 40 percent on the previous quarter and by the final two weeks of the campaign it had risen by 66 percent. Brand awareness increased by four percent, a very strong increase for a very niche target market. The campaign delivered a fantastic 14 percent uplift in unprompted brand awareness.

The gaming servers were used by 2432 players. Australian gamers spent a total of 76.8 days on Alienware servers over the campaign period. Our advertising reached 1.4 million unique users across our targeted game sites. We even sold 59 computers when we launched the tournament’s call for entries! Sixty teams entered the online tournament with a total of 387 players.

The finals were attended by a mix of gaming and mainstream media including – Atomic, Delimiter, ITwire, Mr Gadget, ABC, Channel Nine, APC, Bigpond Arena, Gamespot, Hyper, PC Powerplay and Byteside – with PR coverage of $550,000 in media value. Nine broadcast a 90-second segment about the tournament on the early evening news. ABC featured the tournament in GoodGame on 26 April.

CBS’ Gamespot, one the largest gaming sites in the world, devoted a section of their Crosshairs show to the tournament and described the event as “the best run Australian tournament to date”.

The film we produced and hosted on YouTube has experienced more than 105,000 views and counting.

During launch week the film was the number one most watched gaming film on YouTube Australia and number five most watched Australian video overall. Content also generated more than 30,000 discussion threads and comments on key gaming sites.

We also had some great feedback from gamers at the event:

– “First word that popped into my head was ‘Amazing’. I was in a bit of shock and awe at how much effort was put into the setup of the LAN… it was quite spectacular seeing such a setup for an Australian LAN event,” said Michael ‘xcel’ Scerba of Demize.

– “We really liked our gaming experience on the Aurora desktops. I know Travis [aka ‘Frantic’] especially enjoyed the setup. He consistently mentioned how smooth the game felt when he was playing. We were very impressed by the Auroras, the machines were definitely by far the most powerful machines we’ve ever seen, let alone played on,” said Achala ‘Spach’ Mataraaratchi of Click Gaming

The campaign was so successful it will be rolled out into other markets this year across the world.