It’s not about you: how servant leadership unlocks higher performance

It’s not about you: how servant leadership unlocks higher performance 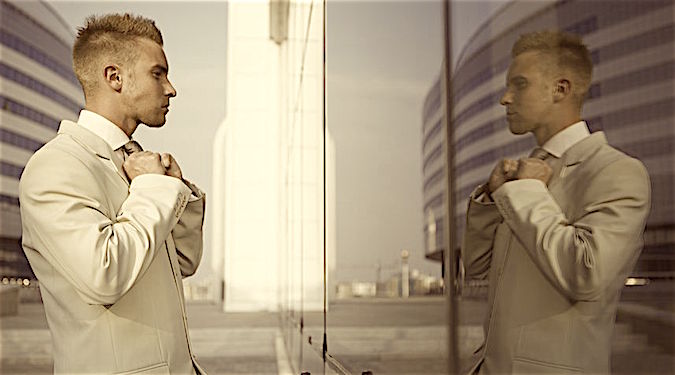 If you’re focusing on making yourself a better leader, you may just be focusing on the wrong person. Jac Phillips on servant leadership.

This article originally appeared in The Serve Issue, our October/November 2017 print edition of Marketing magazine.

There was an uproar. “How dare we be referred to as servants?”

“That demeans us, makes us seem inferior, unequal, without merit!”

They were private bankers and a journalist had published an article in which a senior leader from a bank had referred to private bankers as being ‘servants’ to people with complicated lives and complex financial needs.

‘What’s the problem?’ I thought.

Serving others is a universal purpose for the majority of the world’s workforce. What did these two private bankers think their job was?

I am fast collecting words that need a rebrand: ‘retirement’ is one, ‘feminist’ is another, and I think I may add ‘servant’ to the list. Some have a view that serving others means you are of less value, that you are not worthy of equality, you’re not successful; however, if you Google the definition of ‘servant’ the following pops up:

I personally relate to these definitions. I don’t consider myself of less value or unequal. Today, when service has become a word discussed so frequently, where we constantly compare good and bad service in retail, hospitality, travel, finance and other industries, it is interesting to consider the role of humility in the service experience.

Great leaders secretly know the essence of getting people to follow you is to understand them better than anyone else. Humans are generally simple beings who have six needs that influence our deepest motivations and determine how we prioritise decisions throughout our life: certainty, variety, significance, love and connection, growth, and contribution.

You can get some people to do as you demand for a while, but that’s not the only way. The primary difference between servant and other forms of leadership is that servant leadership primarily focuses on the followers, not on a leader-defined agenda or an organisational bottom line. (Holy Mother of profit reporting, forgive me!)

Servant leadership, in essence, is to lead with service above self and for others’ benefit. Quite simply: it’s not about you. Albert Einstein got it: “Only a life lived in the service to others is worth living.”

So rather than just typically engaging the rational and practical dimensions when managing your people, with servant leadership you also work hard to understand emotional and relational characteristics. And here’s the game changer: if you help your followers (or employees or customers) be more satisfied, it can encourage greater commitment, a higher intention to remain and ultimately greater organisational citizenship behaviour.

It certainly would be a foreign concept for those used to an office environment focused purely on making money, or an organisation that follows the process and the leader’s mandate.

I like to think of servant leadership as a more holistic leadership model with the objective of generating a ‘superior contribution’ or, in business terms, higher performance.

And there is growing demand for prosperity achieved by practising higher levels of corporate and individual morality, as many of those ‘pesky’ Millennials want some divine intervention when it comes to both the brands they work for and the brands they buy.

I recently had the very good fortune to meet an amazing Australian (a former merchant banker who had no issue with being a servant), who left behind his highly paid and successful banking career 15 years ago to co-found a unique and local not-for-profit (NFP) venture called SVA – Social Ventures Australia.

SVA reshaped the Australian non-profit landscape, addressing social disadvantage across a number of different sectors all due to Michael Traill’s long-time passion for social justice and his determination to make the world a better place.

I have always considered myself someone who has a strong sense of purpose, but after having a coffee with Michael and then reading his fantastic life story Jumping Ship, I concluded I am but a mere apprentice on the ‘improving the lives of people in need’ spectrum!

In Jumping Ship, Traill refers to the idea of ‘connecting head and heart’ as being a guiding principle for him. With a goal of closing the gap between privilege and poverty, he saw great sense in leveraging the wealth and expertise of Australia’s business leaders to support philanthropy through their commercial experience: strategic advice, specialist business skills and active mentoring to effectively develop and influence the management skills of those running NFPs in Australia.

I asked Traill what he saw as the key influence for wanting to engage more meaningfully to leave a social footprint, and not surprisingly it was his formative years of growing up in a postcode that sits in the bottom 20% of Australia.

“Young people growing up in these postcodes are on average two-and-a-half to three years behind their peers in the top 20% postcodes by the time they are 15.” This didn’t seem like a fair go.

From the research I have done on servant leadership, there appears to be an intrinsic relationship between a leader’s early life, their personal values informing and shaping their leadership style, and the servant leadership model. Michael’s childhood was influenced by “a loving family, modest circumstances, a state school education, a strong sense of engagement with his local community and later an awareness of disadvantage and deprivation”.

People who are clear on their personal values, and align these with an organisation’s values, are often described as authentic leaders – able to be themselves in the workplace and express their leadership style in a way that is consistent with their inner feelings. A servant leader’s authenticity is demonstrated by doing what is promised, being visible and leading with honesty and vulnerability.

So just who personifies servant leadership the best? According to my references in order to write this article, it is none other than Jesus Christ. So to finish up I am going to quote you something I came across from the book of Timothy (who knew?):

“These servant leaders need to be people of strong and proven character. They should be worthy of respect, sincere, not prone to drunkenness, honest, full of faith, trustworthy, and faithful in marriage.”

It pleases me greatly to think I tick the box of seven of the eight according to Timothy! Oh, and in case you’re interested, those two private bankers who took offence at being referred to as servants a few years back, have both since moved into different careers. And with that, I propose a toast to servant leadership – may there be much more of it. Amen!

To purchase a copy of The Serve Issue or a subscription to our fine magazine, visit the online shop »