Kids today have a spending power of $1.6 billion

Kids today have a spending power of $1.6 billion 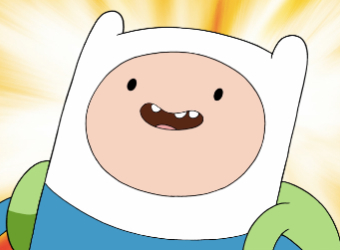 The Cartoon Network’s 10th ‘New Generations’ survey was released today and has revealed kids have a spending power of $1.6 billion with TV, tablets and smartphones being their main sources of entertainment.

Senior manager of strategic research for Turner Broadcasting System Asia Pacific, Peter Hammer, says the child market is often overlooked by advertisers. “When you look at that $1.6 billion in spending power, kids are a force to be reckoned with and yet, as a market, are often neglected,” he says. “Our research also shows that kids have great influence over their parents spending as well.”

The study also found that kids with subscription TV in their homes had  access to 62% more spending money on average than their free-to-air counterparts.

The research also showed that parents welcomed advertising as a way to learn what their kids wanted and six out of seven said that TV advertising introduced them to new and relevant products for their kids.

The study has also highlighted the combination of internet-enabled devices and TV viewing is creating powerful ways to connect with kids.

“Apps have redefined the way that parents are entertaining their kids,” Hammer says.

“The rapid explosion of smart devices, within just a few short years, has quickly changed the way that kids are accessing the internet and playing games.”

In just 18 months the use of apps by kids has doubled to 69%, reflecting the increased ownership of tablet devices.

Kids between the age of four and 14 had used an average of 7.1 apps in the previous month, using their own smart phones, or borrowing one from a parent or sibling.

Tablets can now be found in 48% of Australian homes and 30% of all kids use a tablet to access the Internet. Games are now the most popular apps used by kids and the use of consoles being used in their spare time for gaming has dropped by 32% since the Cartoons Network’s last survey in 2011.The survey also found that watching online videos had now surpassed social networking in usage.

Across Australia, kids are watching ten minutes of online video a day. Music videos, TV episodes and movies is what they are preferring to watch over generated content.

“This gives us a clear idea of the relative value of TV and further proves that it is still the strongest advertising medium in the market.”

Tags:
Previous Article
85% of mobile traffic to local business websites comes from Apple devices
Next Article
Making the consumer connection that Steve Jobs might have approved of