When planning a trade promotion there’s always a question: is it skill or is it chance? David Kelly talks us through how to answer this question. 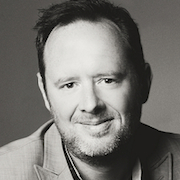 Planning a trade promotion involves careful thinking about key structural elements. Where do you want to run it (specific states/territories, or nationwide)? Is it skill? Is it chance? What else do you need to think about?

You’ll need to get thinking about the basic things you need to cover – here are some of them.

Deciding whether it’s skill or chance

Seemingly simple, but the common misconception is that if entrants exercise skill, then it’s skill. Full stop. It’s not always that clear cut.

The rule of thumb is that if there’s any element of chance in determining the winner, then it will be a game of chance, regardless of whether entrants have to exercise skill at some point. The classic examples are answering a simple question (e.g. what’s the capital of Belize) or a multiple choice question. Entrants might have to use skill to get the answer right, but there’s only one correct answer – so finding a winner will involve some type of random selection.

A game of skill involves judging every entry on its merit, and choosing the one that best meets the judging criteria set out in the conditions of entry.

Do you need permits?

Each state and territory has its own gaming laws, but not all of them require permits to be issued.  Here’s a snapshot:

Do you know what you need to provide gaming authorities when applying for permits? It’s not just about the conditions of entry…

If someone is providing prizes for you to give away, do you need a prize provider agreement? Do you know what would happen if your prize provider pulls out while the promotion is running?

Artwork reviews: a potential minefield if you get the messages mixed up, or don’t meet advertising rules. We’re not just talking gaming laws here – there are also industry codes that may be applicable, and let’s not forget the Competition and Consumer Act.

It’s vitally important to get these things legally approved.

Remember, this is not an exhaustive workflow – there’ no way it could be! All sorts of ancillary issues can be relevant too (like privacy laws which govern entrants’ personal information, social media rules, copyright issues with entries etcetera). But it is a handy snapshot of key things you must get right every time.

David Kelly is founder of KHQApproved.com.au, a division of Kelly Hazell Quill Lawyers.