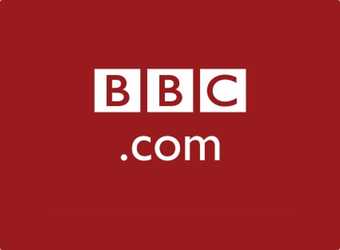 In Australian media news this week, the BBC’s global arm has gained significant ground on CNN for the title of most popular global news site; Southern Cross Austereo has celebrated success in the ratings and announced some restructuring in its partnership venture; Digital radio penetration has reached a five-year high; Western Australia gets a local footy show on Nine; Instagram has a new app; and, the MFA has revealed the finallists for its 2014 Media Federation Awards.

BBC battles with CNN to be top global news site

The BBC puts its sustained growth down to a program of product investment, enhanced feature content on BBC.com, the increasing popularity of the BBC’s suite of language sites and its continued commitment to first-hand reporting.

Separate research shows that the BBC is by far the most shared news brand on Twitter – its stories were shared 3.5 million times in July, over a million more than its nearest competitor.

SCA also announced, on behalf of its shareholders in Digital Music Distribution (DMD), Sony Music Entertainment Australia (SMEA) and Universal Music Australia (UMA), the rebranding and refocus of DMD, which will now be known as Songl Solutions.

Finally, Grant Tothill will move into a new Melbourne-based national role as director of joint ventures and music partnerships. Tothill had been managing the DMD partnership on behalf of SCA, while also managing the Get Outside Group, a joint venture with Matthew Hayden’s company, The Hayden Way. The Get Outside Group is an Aussie celebrity talent-led content creation agency. Alongside these two ventures, and other new offerings soon to be announced, Grant will be the central point at SCA to oversee all music partnerships.

CRA also says digital radio listening is at an all time high with 21.4%, or almost 2.8 million people, tuning in each week in the five metropolitan capital cities.

In the five years since the launch of DAB+ digital radio in metropolitan Australia, 1.677 million digital radio devices have been sold and, when combined with the vehicles fitted with a DAB+ device, PwC has reforecast digital radio household penetration to 23.3%.

WA gets a local footy show

Channel Nine Perth announced it has a new AFL show, Footy WA. Produced by Crocmedia for Nine Perth, Footy WA kicked off yesterday (31 August) at 10:30am immediately after the Chevron City To Surf For Activ, then each Sunday at 11.30am ongoing on Nine Perth and throughout WA on WIN TV.

The show will focus on the West Coast Eagles, Fremantle Dockers, WAFL teams and local amateur footy with in-depth discussion of games, teams and issues surrounding the code in a vibrant and provocative style.

Check out which brands are testing out Hyperlapse already.

Pro-Bono / Cause Marketing Incentive – In Recognition of Pam Lane

Best Use Of A Small Budget (Up To $300,000) – Sponsored by Outdoor Media Association

Best Leverage of Data – Sponsored by Emma powered by IPSOS

Media Owner of the Year

Marketing Team Of The Year – Sponsored by AANA