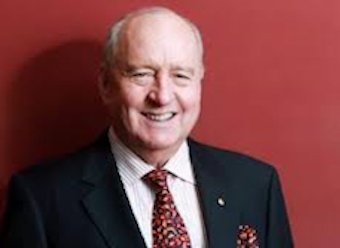 Shock jock Alan Jones is expanding his reach into Queensland, launching The Alan Jones Hour on Fairfax Radio Network’s 4BC in Brisbane.

Fairfax has announced Jones’ controversial style of political commentary and interviews will become a regular feature on 4BC after the “huge success” of his daily coverage of the Queensland election on the station.

“We have received an absolutely overwhelmingly positive response from our listeners to Alan Jones returning to 4BC and I am delighted to announce that Alan is staying on with our station with his weekday program, raising the issues that are relevant to Queenslanders. Having such an experienced and skilled broadcaster as Alan Jones on 4BC for his expert commentary really complements our on-air team.”

The ABC is reporting that its live coverage of the AFC Asian Cup Final between the Socceroos and South Korea reached 5.3 million people across Australia.

Aired on ABC TV and iView, the match resulted in the Socceroos becoming AFC Asian Cup 2015 champions with a 2-1 victory over South Korea in extra time.

The audience figures peaked at 10.27pm with 3 million metro and regional viewers on ABC TV, while the match had an average audience of 1.8 million.

Sydney had the highest average audience with 503,000 viewers and a 32.6% TV network market share.

ABC TV’s post on Facebook announcing the Socceroos as the winners reached more than 144,300 people and attracted more than 7,700 likes and 1,007 shares.

The ABC won nine out of the 12 TV awards presented at the 2015 AACTA Awards (The Australian Academy of Cinema and Television Arts Awards).

Nielsen has announced its IAB online ratings will introduce:

Here’s a video explaining the changes: