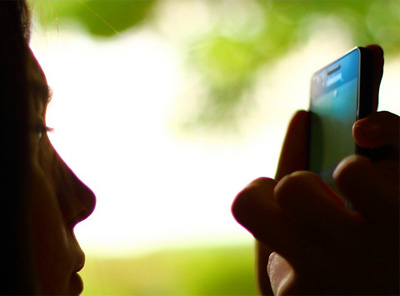 Advertising on mobile devices is forecast to grow by 46% year on year over the next five years, eclipsing online video advertising to become the fastest growing form of digital ad spend.

While online video advertising will increase its share of the general online advertising market to 30% in 2017 – more than display advertising or any other form of online ad unit – its CAGR will be lower than mobile at 39%.

The boom in mobile will be driven by rising penetration of smartphones, growth in mobile content, growing acceptance of the medium among agencies and brands, and recognition of its role in an integrated approach, the report says.

A number of players, including carriers, online publishers and specialist ad networks, are jostling for control of the growing mobile ad ecosystem. Senior research manager for Frost & Sullivan’s ICT practice, Phil Harpur, believes online publishers and ad networks are better placed to cash in on the growth, predicting carriers will fail to turn the opportunity into a viable revenue stream.

“The mobile content market is becoming much more fragmented,” Harpur explains. “With the addition of apps in the ecosystem there is a broader array of content options available, especially in the social media and gaming space.

“Global ad networks such as InMobi and AdMob are playing an increasingly important role in the local ecosystem, catering for Australians viewing more content on overseas sites,” he elaborated.

Mobile advertising was the fastest growing sub-segment of online ad spend over the past year, growing by 95% in the twelve months til June. By comparion online video grew 58% during that period.

Frost & Sullivan’s report also interviewed a sample of online advertisers in Australia, finding half increased their online general advertising budget in 2012, with 39% indicating an increase of more than 25%.

Harpur says the increased expenditure is coming as advertisers divert funds from traditional media at a high rate. “The migration from offline to online channels is a significant factor in the growth of the online advertising market. 59% of organisations indicated they had achieved measurable ROI from their online general advertising in 2012.”

“Without incorporating social media into their marketing strategies, organisations acknowledge they risk failing to connect with a significant online audience. 43% of organisations use social media to monitor feedback on company performance or provide customer service and resolve customer issues.”

The report also found that the entry of ad exchanges into the Australian market is already leading to structural changes to the local online advertising eco-system. Over last 12 months, agencies have bought a growing proportion of their ads spots directly on ad exchanges directly via Demand Side Platforms (DSPs) rather than via an ad network. This is particularly impacting ad networks who deal with second and third tier sites.

Tags:
Previous Article
Top10 Aussie meat TV ads
Next Article
How to make the most of your social commerce insights