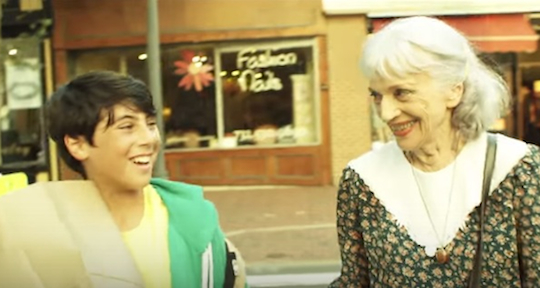 Ken Murray is tackling employee engagement in this series of articles about workplace energy levels. In this second part of the series, he shares his secret to motivation. In case you missed it, here’s part one.

So they told me, “Don’t push so hard, you’ll burn out,” – and all other idioms of “take it easy”. I ignored the advice of my friends for the wisdom of the likes of Grant Cardone who taught me:

“If you aren’t where you want to be in life, you’ve got to work every minute and snatch up every opportunity.”

And why do we need to do that?

Because it is our motivation rope-a-dope. It is about finding the ropes that you can fall back on when you’re finally spent of energy. Brendan Burchard, how you increase the ability to learn, you make a decision that what you’re going to learn is paramount to where you want to be, he was talking about purpose also.

If we only had that one strong purpose, we would push in the direction we want to go and when we hit the wall, we’d bounce off our ropes and smash through it.

Then, what if it’s not enough, you still feel drained at the end of a 17-hour work day.

In a few moments of self-reflection (in the shower, works really well for me) I had this realisation that I want to share with you, and if it’s obvious I apologise, but what we know and what we practice are seldom in sync.

See, I had this epiphany, eureka!

Thinking about all of the business, success and motivation mentors who appear to have infinite energy. I have studied at their knees for years and no one has pointed this out or even mentioned it.

Their secret is that they understand second degree change, the ripple effect. Actually, we’ll come back to this. It’s one thing to tell you, but another for you to discover it for yourself.

A few days ago I was reading about how Uber has grown. I can all but imagine young Travis and Gareth, stuck out in the cold after a night out, taxis nowhere to be seen, but standard civilians passing by every 30 seconds. If only there was an app to communicate with just the average civilian for a lift, and then there was.

Now a lot of people say the hardest point in motivation is getting started, but I don’t think that’s true in most cases.

If that was true then why do have this well-known Achilles heel, that is, starting projects, acting on new ideas, without following through?

You see, that’s not when motivation is at its lowest, when you have a bright idea and you’re ready to rock, that burst of motivation and passion will get you started, some positive reinforcement and you’re well on your way.

I’ve observed that the lull is actually once you’ve reached your goal, or once you hit the wall of adversity, problems, things just stopped going your way. Where do we go from here? We put so much into that but we haven’t arrived at our end-in-mind destination. Well, that’s when my lull hits.

I think that’s because success isn’t like hunger, you don’t just eat it till you’re full and satiated, your appetite grows with what you consume, almost immediately, you push, you get results, you’ll want to push harder and get more results but your capacity and your energy can’t always keep up.

Things happen that we can’t control, so you push harder take massive action and look to your perseverance to get you through the hard times, but if it is draining you, then it’s a losing battle I’m afraid.

The darkest moments are when we dig into our purpose that we have relied on so heavily in the past. The purpose we were told that if we held onto it, it would be our rock, our secret to infinite perseverance, but then it isn’t. We begin to realise: it is just not enough to get me through this.

You see, we have all become too reliant on transacting energy and time for money and results. If we perceive work, even work on ourselves as a transaction of drudgery, then it will continue to drain us.

Thus we need the wins, the project milestones that say we’re making progress we’re moving forward. The wins replenish our capacity, they give us the momentum we need to keep pushing. Hard work is not drudgery, being out of your comfort zone is not draining when you know what you’re doing is moving you in the direction you want to go. If you’ve been battling a problem, but inside you know that you’re about to crack it, that can actually be invigorating (or I’m a glutton for punishment).

All well and good, but the negatives seem to naturally hit harder than the positives.

You see, we do second degree, third degree reactions naturally with negative thoughts. Say your boss emails you and says he wants to talk to you tomorrow:

Negative thoughts can spiral out of control so naturally and so quickly it is – Legit. Crazy.

Then what happens when something positive comes up? Say you’re a freelance journalist and your first article got accepted.

What if we flipped the script and retrained our brain to imagine second degree change in our wins, or in our purpose.

Back to Uber. They took one look at their user data and realised:

Now Uber has a whole new direction as a data company that has a far greater purpose. Purpose like that will put up a hell of a fight.

Back to the epiphany

Now when I am energy spent, and have had to push through an extended period of drudgery, I don’t just reconnect with my purpose, I let my imagination explore second degree change, and I haven’t had to take it to another level, yet (third degree), but I could easily if that time came.

What do you want to do? What else could happen as a result of that? Whose life would be improved? Who are they connected to? Ad infinitum.

Maybe you’re trying to stay motivated with a goal that’s huge or maybe it’s just trying to push out a simple act of kindness at the end of a hard day, like in this video:

Ambition is going to grow with your success. Your challenges will push you harder tomorrow than ever, you are going to need to bring your A-game. You are going to need more energy, more capacity to grow and learn. Sometimes you’ll have to dig deep, scrape the barrel for more motivation.

Let your mind explore second degree positive change, let’s make the butterfly effect work for us. It is just like what we do when something negative happens, we’ve had plenty of practice, now we’ve just got to flip the script.

Ken Murray is the director of marketing for MEI Group, having now clocked over seven years of senior marketing experience specialising in the industrial sectors and B2B.  Ken's background stems from a keen interest in pattern recognition and problem solving, which would eventually lead to an academic background in sociology (the 'why' question) to strategic marketing and business (the 'how' question). He believes success in business and marketing is about connecting the individual customer's 'why' to the business' 'how'. Next step is to operate efficiently and then you've got results, which is all he's interested in. Follow him @Kengetsitdone.

Previous Article
Frantelle gets a new fun personality to fight back against private labels
Next Article
Branded love: the value of video content marketing