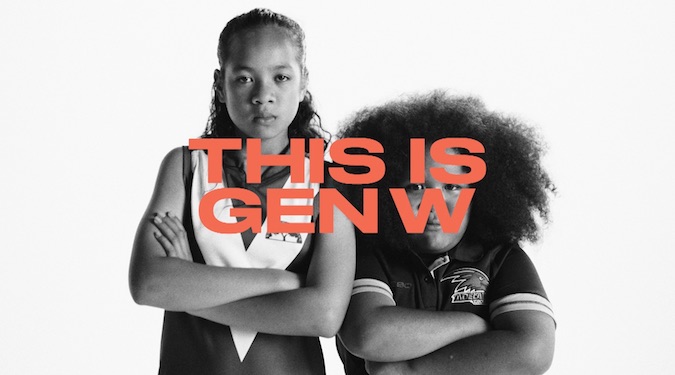 This week the Australian Football League launched its new brand positioning for AFL Women’s ahead of next month’s opening of the NAB AFLW competition.

The campaign developed Clemenger BBDO Melbourne places AFLW player and fans as GenW. AFLW and Female Football marketing manager Katie Hynes explains, “GenW is a term that encapsulates the many and varied individuals that come together to make female football the force it has become. It is an opportunity to emphasise that women’s football is much bigger than the game itself.”

The GenW campaign launched with a TVC featuring players, fans, parents and other stakeholders from a variety of ethnic and gender backgrounds. “AFLW is for everyone – young, old, male, female. It’s brothers playing alongside sisters, the dad who is proud, the women who never got to play and those who show us they can,” Hyens adds.

The campaign is set to run over television, digital, social, OOH, social, press and at matches through the NAB AFL Women’s season.

Clemenger says the GenW platform has been created to showcase the diverse group of people that form the AFLW’s passionate fan base – celebrating the growing community of fans, no matter their background.

“But how amazing to have the chance to hero the community behind those women too. The production itself also celebrated women’s ability, from two women producers to a writer and the director.”

The opening round of the NAB AFLW competition kicks off on Saturday 2 February, with the Geelong Cats facing Collingwood at the GMHBA Stadium in Geelong.