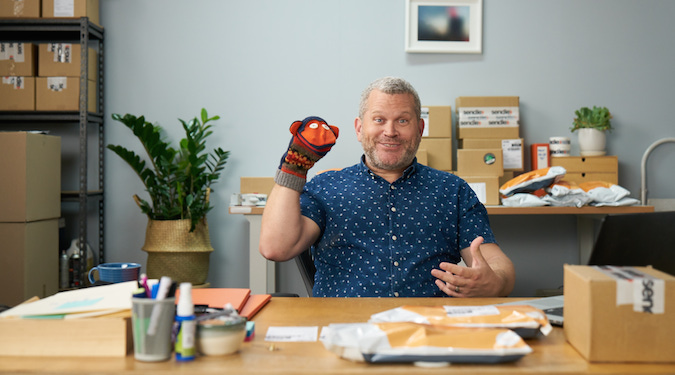 Dubbing itself “Australia’s top courier service”, Sendle is launching its first advertising campaign, ‘Why post when you can Sendle?’, to compete with Australia Post in parcel delivery. The start-up was founded in 2014, offering affordable door-to-door delivery for small businesses using spare capacity in existing delivery trucks.

“Sendle has built a strong reputation as the alternative to Australia Post, mainly by focusing on satisfying the needs of small business,” says Craig Davis, co-founder and CMO at Sendle.

Sendle has been less than shy in confronting the government-owned Australia Post. According to Davis, this is the “first time small businesses have been presented with a cheaper and more convenient alternative to Australia Post’s 200 year-old functional monopoly.”

In March of last year Australia Post took Sendle to court, asserting ownership of the terms ‘post’ and ‘office’ in the slogan ‘post without the office’. During the trial period Sendle CEO James Chin Moody told The Guardian, “I think it’s showing we’re successful. What we’re doing is creating a service that people want but also is different to everything they don’t want, which is lining up at the post office and all the inconvenience associated with that.”

In collaboration with The Glue Society, Sendle’s new campaign will include a TVC starring Australian Red Dog actor, John Batchelor. Batchelor plays an online retail business owner struggling with everyday gripes, described by Sendle as “wasting time lining up at the Post Office… and making sense of Australia Post’s complex pricing schemes.” Batchelor will co-star beside his friend Wendell, the sock puppet.

The ‘Why post when you can Sendle?’ campaign will be distributed across digital, social and owned channels starting this month.

Previous Article
Google Duplex changes the game in voice AI – can you tell the difference?
Next Article
Cashless, contactless, effortless – the seamless future of bricks-and-mortar retail?